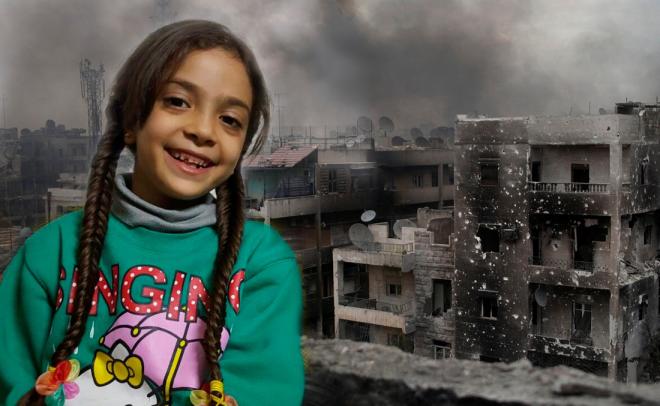 Bana Alabed, the seven-year-old Aleppo girl known worldwide for her tweets from Aleppo, has written an open letter to Donald Trump.

My name is Bana Alabed and I am a seven years old Syrian girl from Aleppo.

I lived in Syria my whole life before I left from besieged East Aleppo on December last year. I am part of the Syrian children who suffered from the Syrian war.

But right now, I am having a peace in my new home of Turkey. In Aleppo, I was in school but soon it was destroyed because of the bombing.

Some of my friends died.

I am very sad about them and wish they were with me because we would play together by right now. I couldn't play in Aleppo, it was the city of death.

Right now in Turkey, I can go out and enjoy. I can go to school although I didn't yet. That is why peace is important for everyone including you.

However, millions of Syrian children are not like me right now and suffering in different parts of Syria. They are suffering because of adult people.

If you promise me you will do something for the children of Syria, I am already your new friend.

I am looking forward to what you will do for the children of Syria".

Turkey, where Bana and her family now live, supports the Syrian opposition. But President Trump's position is not yet clear.

The US president has repeatedly stressed his desire for a strong relationship with Russia, and endorsed Vladimir Putin - who supports Syria's President Assad.

During the campaign, he spoke of ceasing aid to the rebels - but more recently, he has also spoken of the need for Syrian "safe zones", which would help rebel forces.

"You must do something for the children of Syria because they are like your children and deserve peace like you," she wrote.

Bana escaped Aleppo with her family in December during the mass evacuations, and is now living in Turkey.

Her mother, Fatemah - who helps run the account - sent the text of the letter to the BBC.

She said Bana wrote it days before President Trump's inauguration, because "she has seen Trump many times on the TV".

Bana's appeal to the new US president comes as Iran, Russia, and Turkey have jointly pledged to enforce a three-week ceasefire in Syria amid peace talks.

But without agreement from Assad's government or rebel forces, it is not clear how long any agreement will hold.
Related Topics