Hamas to Trump: Do not add more oil on the fire 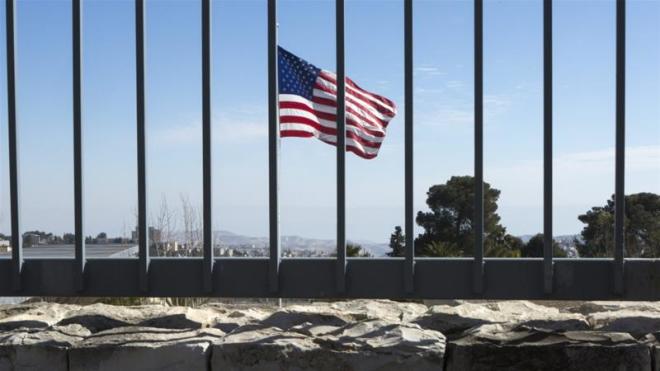 Hamas spokesman Osama Hamdan has warned US President Donald Trump not to add "more oil on the fire" by moving the US embassy in Israel from Tel Aviv to Jerusalem.

Axar.az reports that, Hamdan's comments came in response to promises made by Trump and his administration to make the move - a decision that would effectively recognise Jerusalem as Israel's capital. The eastern sector of Jerusalem was occupied in 1967 in an act that was not recognised by any other country in the world.

Trump's press secretary said last week that the new administration was in "the beginning stages" of discussing a possible relocation.

"[Trump] has to make a choice whether he wants to create peace in the region or he wants to add more oil on the fire," Hamdan said in an interview with Al Jazeera's UpFront.

Palestinians hope to make East Jerusalem the capital of their future state, and have had the broad support of the international community for that aspiration.