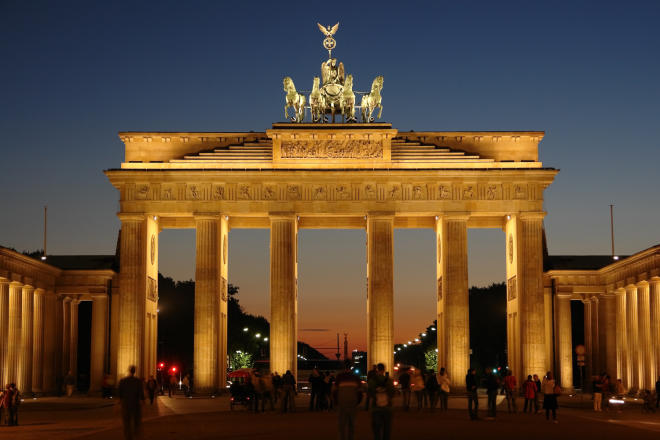 Migration has contributed to the growth of Germany's population, according to statistical data.

Axar.az reports that, he population in Germany increased by 600,000 in 2016 and reached 82.8 million due to the influx of migrants, the country’s Federal Statistical Office (Destatis) said Friday.

"Based on an estimate, the Federal Statistical Office (Destatis) currently expects that roughly 82.8 million people lived here at the end of 2016," Destatis said in a statement.

Migrants arrive at the first registration point for asylum seekers in Erding near Munich, southern Germany, on November 15, 2016.

According to the statement, at the end of 2015 the population of the country amounted to 82.2 million people, which repeated the record reached in 2002, while an upward demographic trend in the country began in 2012.
The office added that Germany's net migration reached +750,000 people, which was partially offset by the natural population decline.

Germany has been the key destination for thousands of refugees and immigrants coming to Europe since the start of 2015.