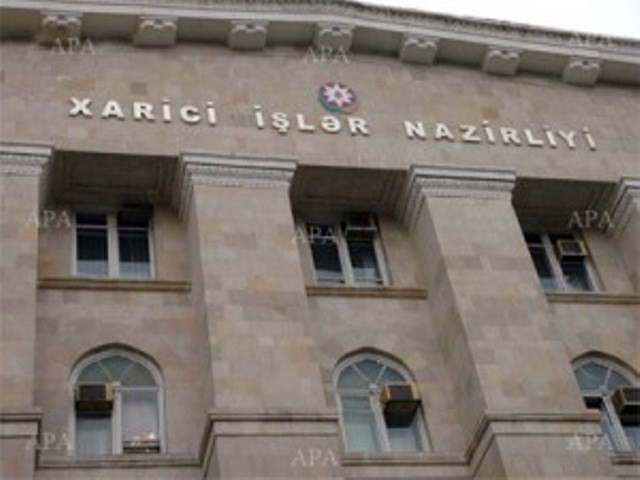 Relevant investigation will be conducted regarding the visit of the members of local legislative body of Belgium's Flemish region and those persons will be included in the list of “persona non grata”.

Spokesman for the Foreign Ministry Hikmat Hajiyev told the aforesaid while commenting on the illegal visit of a group of members of the local legislative body of Belgium's Flemish region which took place on March 15.


He said this visit was organized by the European Armenian Federation for Justice and Democracy and those persons were accompanied by President of the Federation Kaspar Karampetian: “The regional MPs who attended the visit have views supporting radical separatism inside and outside Belgium. Even some of them are distinguished by their positions that promote ethnic and religious hatred.”
Visiting the occupied territories of Azerbaijan, these persons are serving the promotion of the so-called regime established as a result of Armenia's aggression against Azerbaijan using military force, the occupation of Azerbaijani territories and bloody ethnic cleansing committed against the civilians in the occupied territories. They violated Azerbaijan’s laws “On exit from, entry to the country, and passports”, “On state border” and Migration Code making such illegal visits. The names of these persons will be included into "personae non gratae" list after relevant investigations,” he said.
Hajiyev added that Armenian diaspora circles are trying to impede the resolution of the conflict in accordance with the norms and principles of international law, establishment of lasting peace and stability in the region through such provocative acts. “Letters of protest will be sent to executive and legislative authorities of the Kingdom of Belgium regarding these acts that run contrary to the international law, positions of Belgium and the European Union on the Armenian-Azerbaijani conflict,” he noted.
Comments
See also
Latest