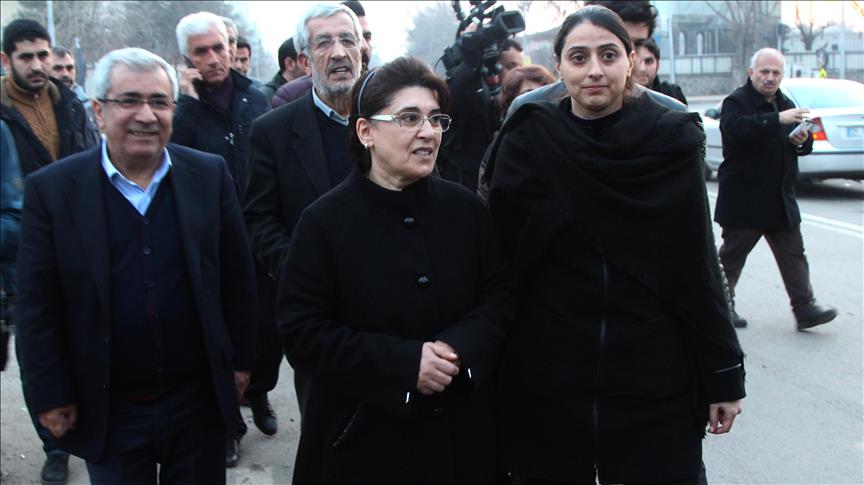 An opposition Peoples’ Democratic Party (HDP) lawmaker is facing several terrorism-related charges under an indictment approved Wednesday, according to a judicial source.

The source, who spoke on condition of anonymity due to restrictions on talking to media, said the chief public prosecutor in the southeastern province of Diyarbakir is seeking a 20-year prison sentence for the party's lawmaker for eastern Agri province, Leyla Zana.

Zana was detained on Feb. 8 for failing to answer a summons linked to a counter-terrorism investigation, but was released on judicial restrictions later that day.

According to the Diyarbakir Chief Public Prosecutor's Office, Zana was accused of membership of an armed terrorist group, praising crime and criminal activity, and opposing the law on meetings and demonstrations.

Diyarbakir's 5th High Penal Court approved the 156-page indictment demanding a sentence of up to 20 years. A date has not been set for the court to hear the case.

Last November, 13 HDP lawmakers were arrested, and 10 of them -- including HDP co-leaders Selahattin Demirtas and Figen Yuksekdag -- remain in custody awaiting trial on terrorism-related charges.

The lawmakers face prosecution under anti-terrorism legislation after their parliamentary immunity was lifted last March.

Turkey’s government has accused the HDP of having links to the PKK, which is listed as a terrorist organization by Turkey, the United States and the European Union.