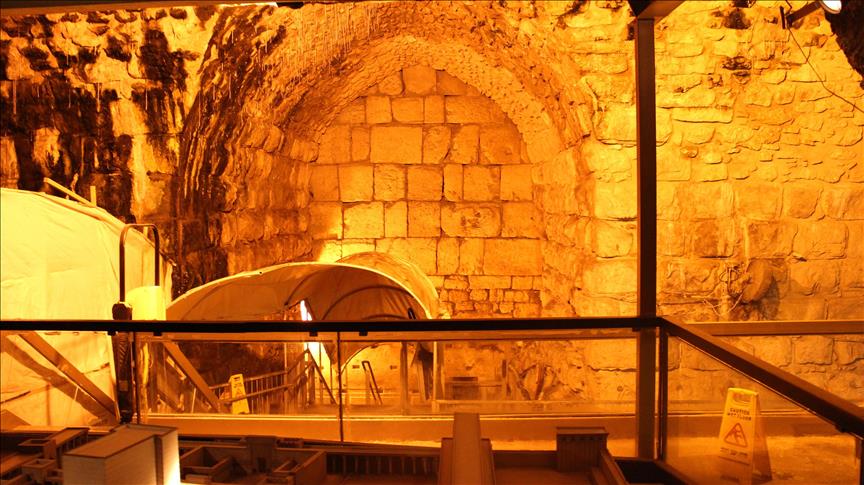 Axar.az reorts that, “The placement of a glass room inside the courtyard of the Al-Aqsa Mosque complex is a first step toward the spatial division of the mosque,” Ahmad al-Ruwaidhi, the OIC’s representative in Palestine, said at a Wednesday press conference.

The move, he asserted, “follows the imposition of a temporal division [by Israel] in the form of daily incursions [into Al-Aqsa] by Jewish settlers”.

What’s more, the move reveals “Israel’s intention to dedicate a place for Talmudic rituals inside the Al-Haram al-Sharif,” al-Ruwaidhi said, using the Arabic term for the Al-Aqsa Mosque.

The OIC representative also warned of the dangers posed by Israeli excavations that are reportedly being carried out under the holy site.

In light of these excavations, al-Ruwaidhi said, “we fear the Al-Aqsa Mosque could collapse in the event of a natural -- or artificial -- earthquake”.

Sheikh Muhammad Hussein, the grand mufti of Jerusalem, for his part, reiterated the Islamic identity of Jerusalem and the Al-Aqsa Mosque.