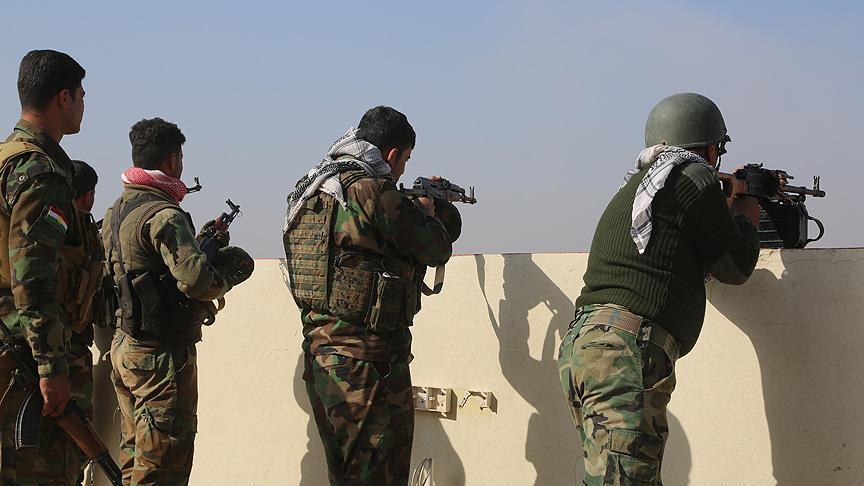 “Our forces were prevented from entering the town of Snuny in Hanasur village [in Nineveh province] by the PKK’s Sinjar defense units,” Colonel Kadir Sheikh Mami, a commander of Syrian Peshmerga forces (known as “Roj Peshmerga”).

According to Mami, Sinjar defense units opened fire on Roj Peshmerga fighters -- who fight under the umbrella of the Kurdish Regional Government’s Peshmerga forces -- as they attempted to pass through the area.

Four Syrian Peshmerga fighters and three PKK-linked militants, he said, were injured in the clashes.

Late Thursday, 500 Syrian Peshmerga fighters were deployed to the town of Snuny to reinforce the Iraq-Syria border and drive PKK terrorists from Sinjar.