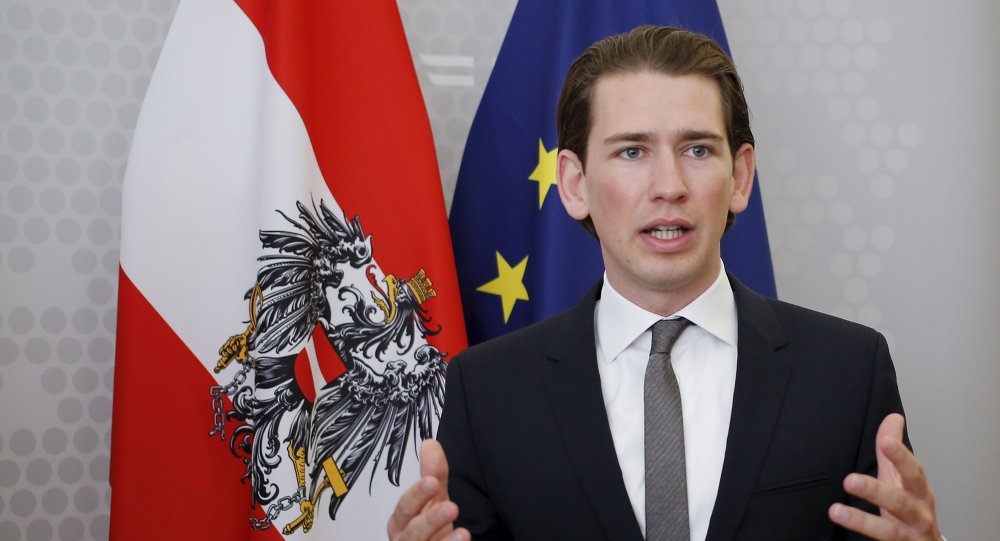 Austrian Foreign Minister Sebastian Kurz proposed to create EU reception centers for refugees outside the borders of the union, for example in Georgia or in the Western Balkans.

Axar.az reports that, the unexpected proposal came during his interview with German Bild am Sonntag newspaper.

"It is not that important where exactly they [the centers] will be. The important thing is that they [these countries] will ensure protection, and that people who illegally try to get to Europe, will be send back there. The facilities could be placed in countries such as Egypt, Georgia, or somewhere in the Western Balkans," Kurz told the newspaper.

The minister once again criticized the immigration policy of German Chancellor Angela Merkel, saying that it led to the situation which is now hard to resolve.

"This wrong policy was supported by the heads of many states and governments, as well as the European Commission. It was based on good intentions, but for me it was always clear: if we let people enter Central Europe, there will be more and more of them coming," the politician stated.

German Chancellor Angela Merkel has repeatedly been criticized for her open-door policy not only by her opponents, but also by her supporters. For instance, German Minister of Finance Wolfgang Schäuble admitted that the German government made a mistake in 2015, when it let hundreds of thousands of refugees enter the country.

Merkel herself claimed that the reception of refugees was the only way to stay true to "European values". However, even she acknowledged that that she committed some mistakes "in the past" and promised to curb the influx of migrants to the EU.