Residents are going back 6 years after Fukushima blast 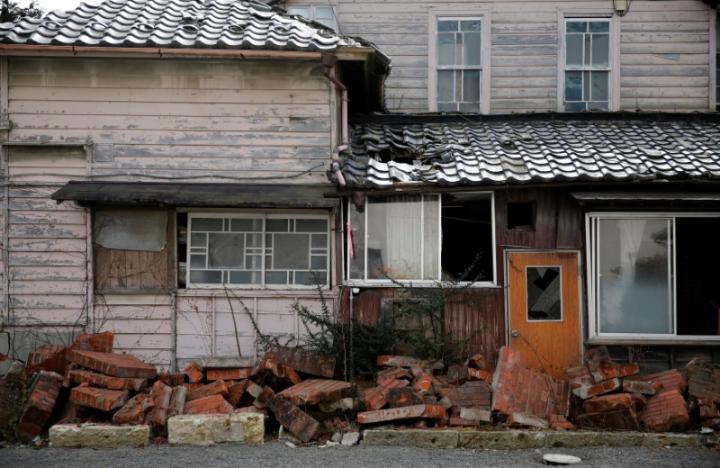 A truck occasionally whizzes past the darkened shops with cracked walls and fallen signs that line the main street of Japan's mostly deserted seaside town of Namie.

Workers repair a damaged home nearby, and about 60 employees busily prepare for the return of former residents in the largely untouched town hall. Not far away, two wild boars stick their snouts in someone's yard, snuffling for food.

Signs of life are returning nearly six years after panicked residents fled radiation spewed by the nearby Fukushima Daiichi nuclear power plant, when it was struck by an earthquake and tsunami.

Still, only several hundred of the original 21,500 residents plan to return in the first wave, estimates Hidezo Sato, a former seed merchant who helped draw up a blueprint to rebuild the town.

"As a person who used to sell seeds for a living, I believe now is a time to sow seeds" for rebuilding, said Sato, 71. "Harvesting is far away. But I hope I can manage to help bring about fruition."

Since November, people who registered have been allowed to spend nights in the town, but residents will not need permission to stay round the clock after Japan lifts evacuation orders for parts of Namie and three other towns at the end of March.

Just 4 km (2.5 miles) away from the wrecked plant, Namie is the closest area cleared for the return of residents since the disaster of March 11, 2011.

But the town will never be the same, as radiation contamination has left a big area off limits. And it may never be inhabitable.

More than half - 53 percent - of former residents have decided not to return, a government poll showed last September. They cited concerns over radiation and the safety of the nuclear plant, which is being dismantled in an arduous, 40-year effort.