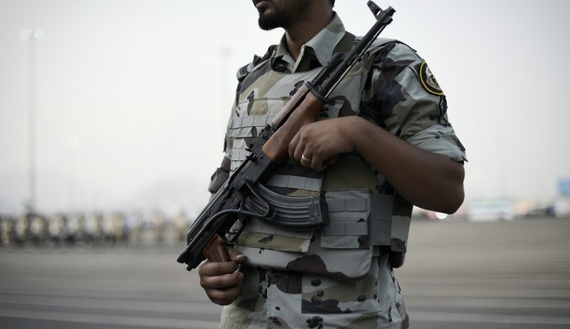 Saudi security forces killed a suspected Islamic State member when he pulled a gun on a patrol in the capital Riyadh, the interior ministry said in a statement carried by state news agency SPA. One person was arrested.

The patrol was trying to check a complaint on Tuesday evening that a resident of a flat in the capital's al-Rayyan district had shown support to Islamic State and joined the militant group, the ministry said.

"When security men tried to arrest him, he initiated resistance and pulled a gun and it became necessary to deal with him and neutralize him, which led to his death," it said.

Another person was arrested and was found to be in possession of a weapon, the ministry said.