No Azerbaijani citizens among killed and injured 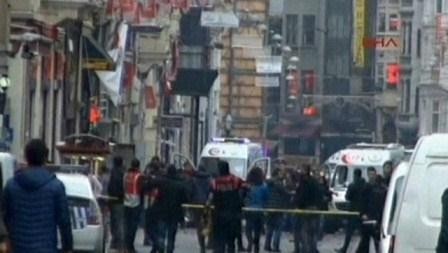 There are no Azerbaijani citizens among those killed and injured in Istanbul’s explosion, Azerbaijan’s diplomatic missions in Turkey told local media March 19.

Azerbaijan’s embassy in Ankara and Consulate General in Istanbul are in contact with Turkey’s law enforcement bodies to find out whether there are Azerbaijani citizens among those killed and injured.

An explosion occurred in Istiglal Avenue in Istanbul’s center on March 19.

Turkish authorities have officially confirmed that it was a terrorist attack,

The death toll as a result of the terrorist attack has reached five, Kanal7 TV channel reported.

A total of 38 people were injured as a result of the explosion.