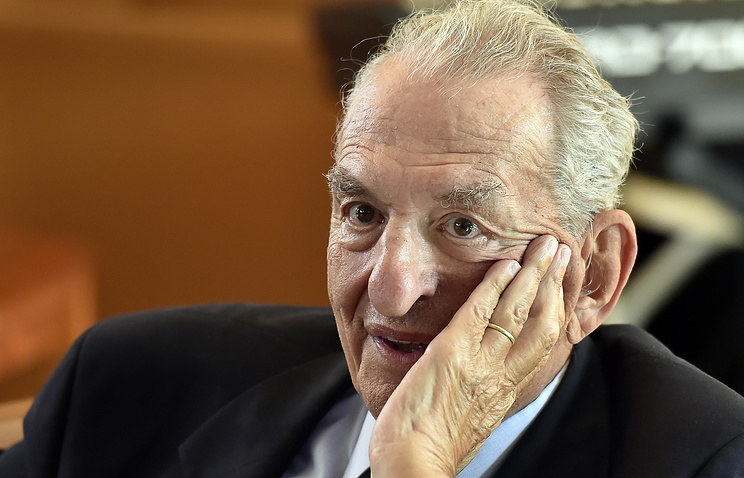 George A. Olah, whose work won a Nobel Prize in chemistry and paved the way for more effective oil refining and ways of producing less polluting forms of gasoline, has died at age 89.

Olah died Wednesday at his Beverly Hills home, according to the University of Southern California's Loker Hydrocarbon Research Institute, of which he was founding director. No cause of death was provided.

Olah's research brought him the 1994 Nobel Prize in chemistry for his groundbreaking study of the unstable carbon molecules known as carbocations.

"Distinguished professor George Olah was a true legend in the field of chemistry," USC President C. L. Max Nikias said in a statement Thursday. "His pioneering research fundamentally redefined the field's landscape and will influence its scholarly work for generations to come."

The Hungarian government offered its condolences for Olah, who fled Hungary during a 1950s Soviet crackdown on dissent.

"The country has lost a great patriot and one of the most outstanding figures of Hungarian scientific life," said Janos Lazar, chief of staff to Prime Minister Viktor Orban.

Olah received the Nobel Prize for his work on superacids, research that led his observation of carbocations — an unstable, fleeting chemical species that he discovered how to stabilize long enough to study its properties.

He said there was no "eureka moment" and credited the find to long hours spent in his chemistry lab, usually starting before dawn and continuing late into the night.

He also singled out for praise his longtime USC collaborator Surya Prakash, who began working with Olah in the 1970s as a 20-year-old grad student and now leads the Loker Hydrocarbon Research Institute.