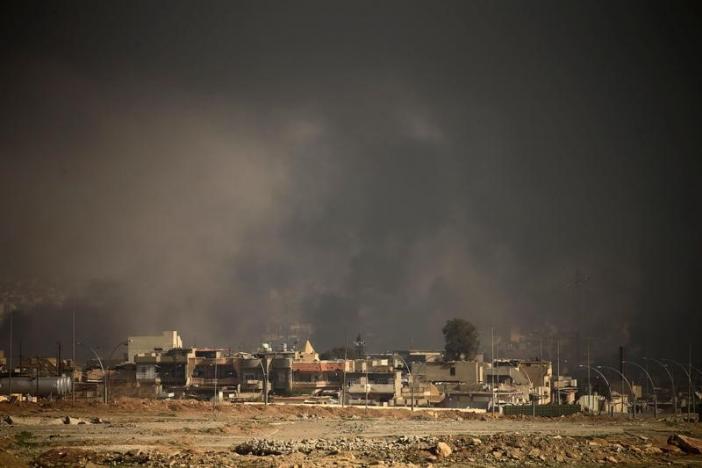 Islamic State has released dozens of prisoners held in jails in the districts of the northern Iraqi city of Mosul that remain under its control, residents said on Saturday.

The release of the prisoners on Friday is another sign that the militants are being overwhelmed by the U.S.-backed Iraqi offensive that started on Oct. 17 to dislodge them from Mosul, their last major city stronghold in Iraq.

Islamic State has lost most cities it captured in Iraq in 2014 and 2015. It declared a caliphate that also spanned parts of Syria from Mosul in 2014.

Among those released were people who had been caught selling cigarettes, violating a smoking ban, or in possession of a mobile phone and therefore suspected of communicating with the outside world, the residents said.

Iraqi forces dislodged Islamic State from the eastern side of Mosul in January, and on Feb. 19 launched the offensive on the districts located west of the Tigris river.

State-run TV on Friday said about half western Mosul has been taken back from the militants who are besieged in the old city center and districts to the north.

One of the men released on Friday said two militants got him out of a basement where he was held captive with other people, blindfolded the group and drove them away in a bus.

"After driving a distance, we stopped and they told us to remove the blindfolds and then they said 'go, you are free,'" he said by phone, adding that about 25 prisoners were on the bus.

The man, who requested not to be identified, indicated that had spent two weeks in prison for selling cigarettes.

One Mosul resident said his brother had suddenly reappeared at the house on Friday after spending a month in captivity for possessing a mobile phone.