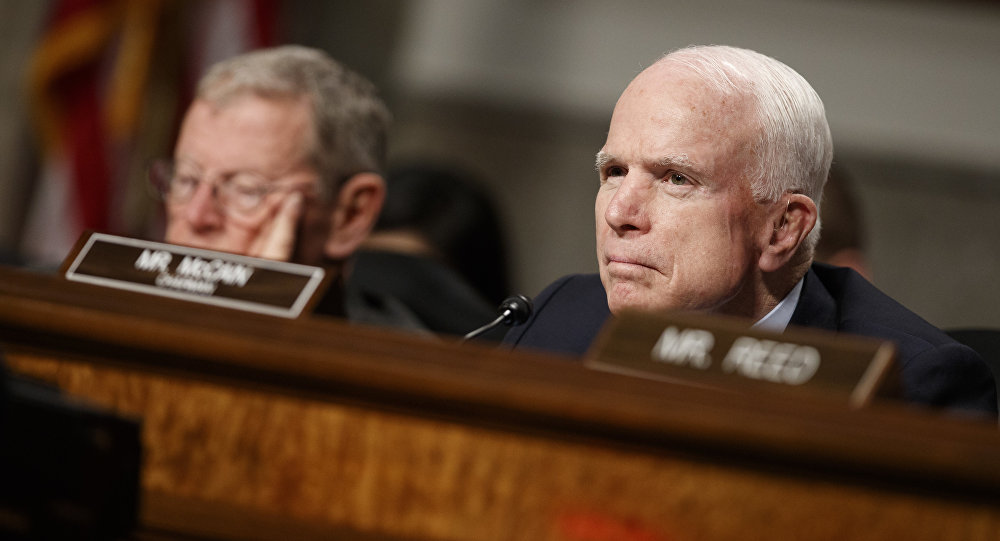 Influential US Senator John McCain, known as one of the main anti-Russia hawks in Washington, has reacted approvingly to the arrest of State Fiscal Service of Ukraine chief Roman Nasirov.

Nasirov, a high-flying politician who owes his political allegiance to Ukrainian President Petro Poroshenko, was relieved of his duties last week, pending an investigation into embezzlement charges equivalent to a cool $75 million US. Nasirov was reported to have suffered a heart attack after being served his indictment. If the charges against him stick, the politician could face up to six years in prison.

On Friday, Arizona Senator John McCain, who has long been one of the main proponents of increased US assistance to Ukraine against Russia, released a glowing statement about Nasirov's arrest.

"The arrest of Roman Nasirov, Ukraine’s top tax official and director of the State Fiscal Service, pending embezzlement charges is a positive step forward for the Government of Ukraine in its fight against the corruption," the statement reads.

Praising the "commendable" work of the country's anti-corruption office, McCain emphasized that "Ukraine’s long-term stability and success depend on its commitment to reform, including strengthening rule of law and fighting corruption. I commend the Government of Ukraine on its progress and encourage it to continue its anti-corruption efforts.”
Last week, President Poroshenko revealed that he had not been informed by Ukraine's National Anticorruption Bureau about the charges against Nasirov, and said that it was a "striking example" of Ukraine's success in establishing "an effective anti-corruption infrastructure."