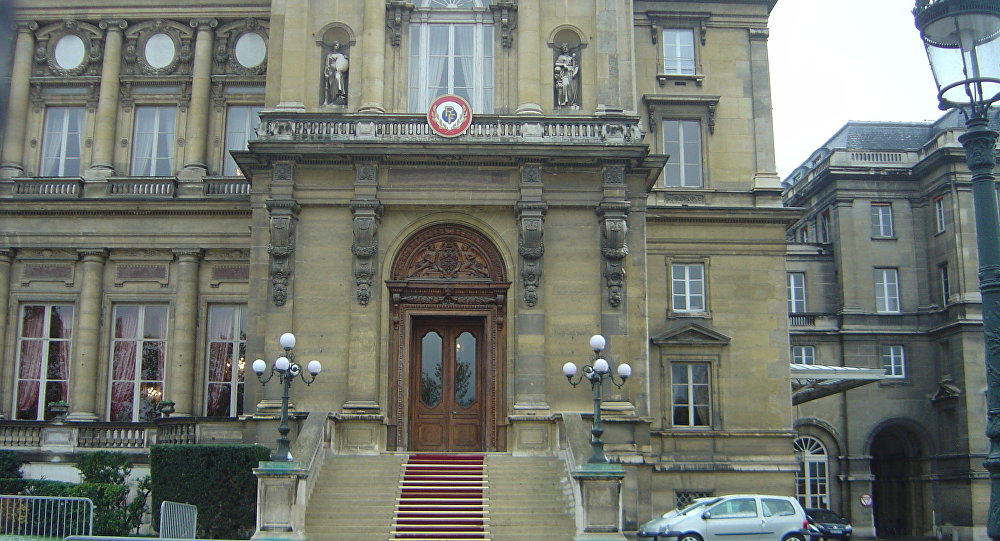 France calls on the Turkish authorities to ease tensions and avoid provocations following recent bans on Turkish ministers by the Netherlands and Germany, the French Foreign Ministry said Sunday.

Axar.az reports that, on Saturday, the Dutch authorities barred the Turkish foreign minister from landing, ahead of his planned Turkish expat rally at the embassy prior to the referendum on the constitutional changes. On the same day, the Turkish family and social affairs minister was denied entry to the Turkish consulate in Rotterdam and then deported to Germany.
"Bearing in mind current tensions between Turkey and several member states of the European Union, France calls for the appeasement. It also calls on the Turkish authorities to avoid excesses and provocations," the ministry's statement read.

It added that it was essential "to demonstrate responsibility and avoid unnecessary polemics."

Ankara has been seeking support from Turkish expats for a constitutional change that would increase the president's powers. Despite the cancellation of campaign rallies in the Netherlands and Germany, Turkish Foreign Minister Mevlut Cavusoglu is expected to meet with Turkish expat community in the French city of Metz. The French Foreign ministry said in the same statement that "in the absence of a proven threat to public order, there was no reason to prohibit the meeting."