Maiziere speaks out against Turkish campaigns 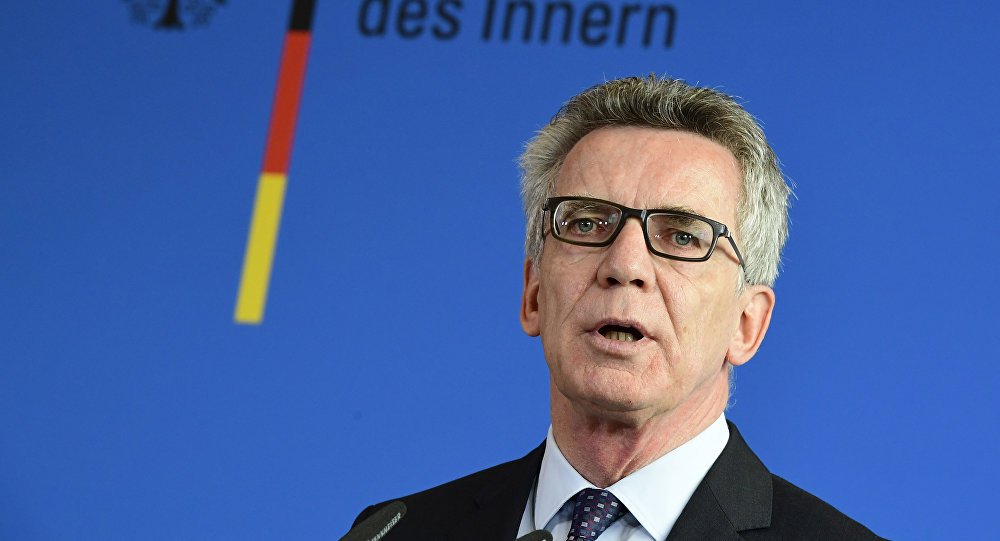 Thomas de Maiziere spoke out against campaigns by Turkish ministers among immigrants in Germany.

Axar.az reports that German Interior Minister Thomas de Maiziere spoke out on Sunday against campaigns by Turkish ministers among immigrants in Germany as a rally ban row between Ankara and EU states escalates.
“Turkish campaigns have no place here in Germany,” de Maiziere told ARD broadcaster, adding that there were “clear limits” such as “insulting Germany or its constitutional order.”

Earlier in March, Ankara accused Berlin of blocking several rallies across Germany aimed at promoting support for Turkey's referendum on constitutional changes among Turkish expat community. Commenting on the restrictions, Turkish President Recep Tayyip Erdogan said Germany's activities were "no different to those of the Nazi period." The office of German Chancellor Angela Merkel said that such statements were "uncalled-for and unjustifiable."