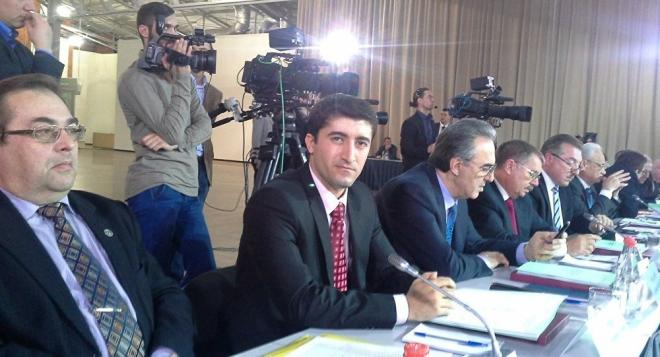 Rizgar Mihemed, the head of the administration of the Iraqi city of Mahmur, revealing that the Kurdistan Worker’s Party has established a military base in Mahmur.

Against the backdrop of the continuing presence of Kurdistan Workers' Party (PKK) fighters in the Sinjar area of northern Iraq, it is reported that they have recently set up a military base in the Kereçux area around the refugee camp in Mahmur, which is part of Iraqi Kurdistan.

“The PKK was previously also present in Mahmur. However, now it has significantly increased the strength of its forces in the area. When two years ago Daesh attacked the camp in Mahmur, the PKK members arrived in Mahmur to protect the civilians,” Mihemed told.

He further said that after the expulsion of Daesh from Mahmur, the members of the PKK settled in the town and increased their grip on the mountains of Kerechuh, near the Mahmur refugee camp.
The head said that he does not have information about how many PKK members are present in Mahmur right now, but their presence is certainly not needed anymore because there is no threat from Daesh, as the terrorists have been driven away.

“Currently, there are 2,700 families living in Mahmur. There are also a total of 12,000 people living in the refugee camp,” Mihemed said.

Mihemed stressed that Peshmerga forces provide the security in the area and that they are sufficient.

The refugee camp in Mahmur was established in 1998 under the aegis of the UN Iraqi government of that period. After Daesh terrorists were driven out of Mahmur, the area was taken over by Peshmerga forces.

Turkey considers Syria's PYD and YPG militias linked to Kurdistan Workers' Party (PKK), which has been listed as a terror group by Ankara. Tensions between Ankara and the Kurds escalated in July 2015 when a ceasefire between Ankara and the PKK collapsed because of a series of terror attacks allegedly committed by PKK members.

Kurds are living in parts of Turkey, Iran, Iraq and Syria. In Turkey, Kurds represent the largest ethnic minority, and are striving to create their own independent state.