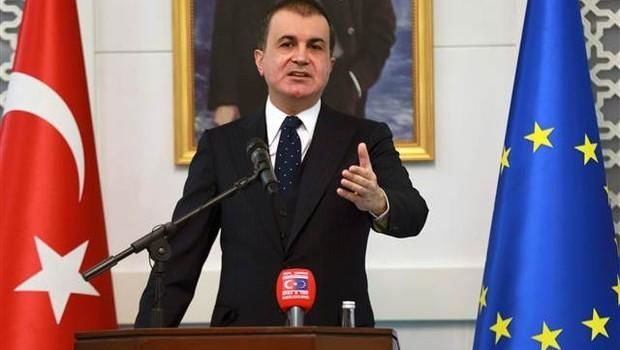 "Unfortunately, the EU does much paperwork but does not elaborate political decisions. This is happening not only in the spheres related to Turkey. This also applies to the internal affairs of the EU itself," the minister said.

"If you ask about what approach the EU employs towards the refugee problem, they will say it consists not in erecting walls but in building bridges and they will be telling you about remarkable episodes, splendid documents and agreements," he noted.

As Celik noted, "politically, the EU has not done anything, except for paperwork."

"Many countries are still closing borders and want to use NATO against these refugees. But who are these people? These are people fleeing death. The EU is teaching everyone in the world how to behave in the situation with refugees and is making urges but is not doing anything itself," the minister said.

The Turkish minister reminded of a decision by US President Donald Trump to bar citizens of eight Muslim countries from entering the United States, which caused the criticism of the European Union.

"The EU is unable to solve the refugee issue. And as no full-fledged and comprehensive plan has been elaborated for the refugee problem, the racist circles have managed to use this for changing the EU political map," the minister said.

In his opinion, "having received three million refugees, Turkey has saved Europe from a big humanitarian and political tragedy."