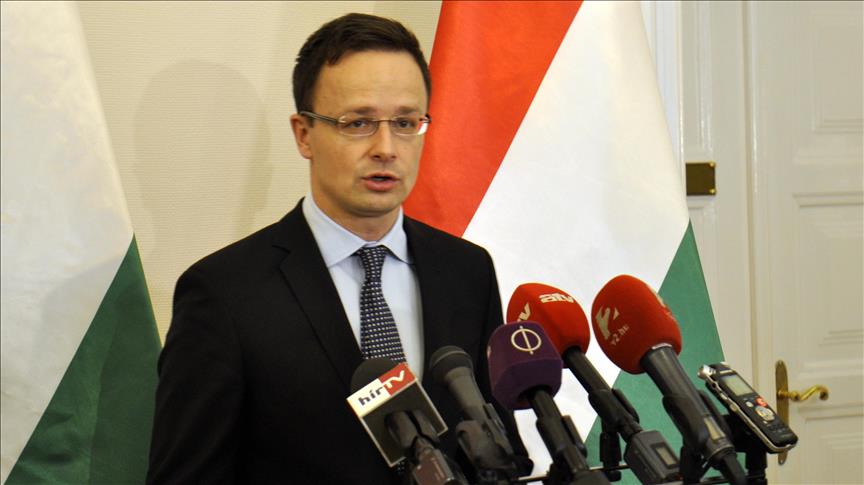 Axar.az reports that, the agreement, which came into effect last March, promised Turkey its nationals would get visa-free travel within the Schengen area, accelerated accession to the union and 6 billion euros ($6.8 billion) in return for helping stem the flow of refugees to Europe.

Speaking at a news conference on the EU-Turkey deal, Szijjarto said: “The European Commission told a lie to Turkey that the refugee issue and visa-free travel would be done simultaneously.”

A year later, Turkey has received 677 million euros ($716 million) to help support refugees within its borders while EU accession and visa-free travel seem as distant as ever.

Earlier this week, Ankara said the deal could be reconsidered because of the EU’s failure to deliver visa-free travel.

“There is no fault from Turkish side,” Szijjarto, whose country is a member of the EU and NATO, said. “Brussels is completely guilty.”

He added that European leaders jumped at the opportunity to criticize Turkish President Recep Tayyip Erdogan after the deal was signed.

“This is a very big mistake,” he said.

Szijjarto called on the EU to keep its word. “Bureaucrats in Brussels should not harm the deal and put Europe’s security in danger,” he said.