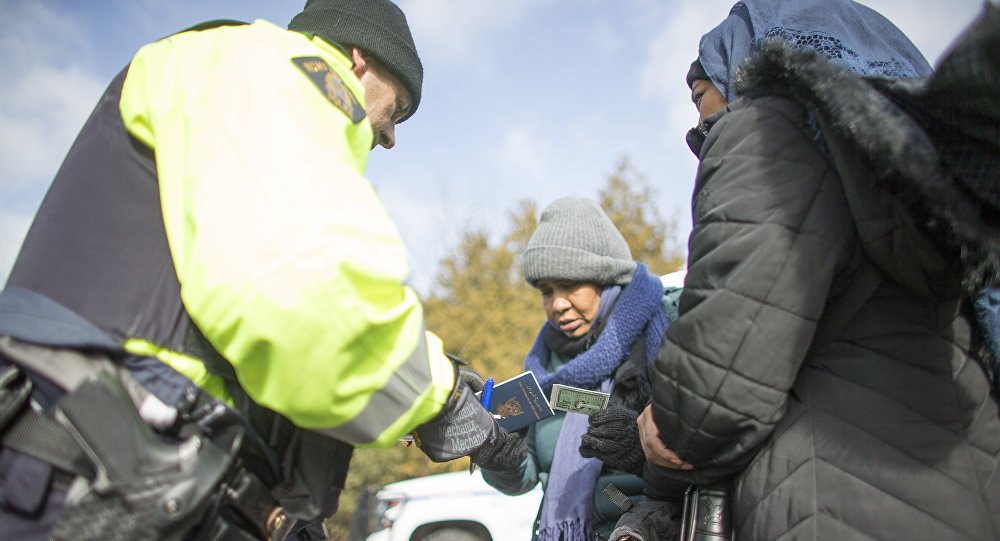 As the screws tighten at North American border checkpoints, new accusations have surfaced that officials with the Canada Border Services Agency illegally accessed and copied personal data from travelers seeking to enter the country.

Axar.az reports that the Canada Border Services Agency (CBSA) is now under investigation by the nation's federal privacy commissioner for allegations relating to the practice of forcing travelers to give up personal data, including passwords to social media accounts.

The Office of the Privacy Commissioner of Canada, a privacy rights group under the authority of the Canadian government, stated through spokeswoman Valerie Lawton that, "It is possible that issues related to retention may be examined during our investigation," but did not refer to specific incidents of the inquiry.

CBSA spokeswoman Line Guibert-Wolff asserted that, while there are no statistics on the practice, Canadian customs and border agents are only allowed to gather personal information for "customs purposes," and that the data can be shared with other government agencies only if it relates to national security, criminal cases or immigration. It is not known how long the agency stores the data it seizes, or in what format.

Accusations of heavy-handed tactics by enforcement authorities have dogged border checkpoints of late, and the CBSA has not clearly delineated a policy outlining what can, and what cannot, be demanded. According to Guibert-Wolff, "The CBSA is committed to maintaining the balance between an individual's right to privacy and the safety and security of Canadians," Canada's National Post reports.

Added restrictions stemming from new policies put in place by the administration of US President Donald Trump have resulted, in some cases, in enforcement overreach, most recently with US border agents boarding arriving domestic flights and demanding to see travelers' identification. There have been reports of data copied from travelers' devices for later examination by US border authorities.

According to US Customs and Border Protection (CBP) spokesman Dave Long, five times as many personal electronic device searches were performed in 2016 as were the previous year. The documented CBP searches, some 23,877, are claimed to be a fraction of the total 390 million arrivals in the US over 2016, but represent a sharp increase in the practice.