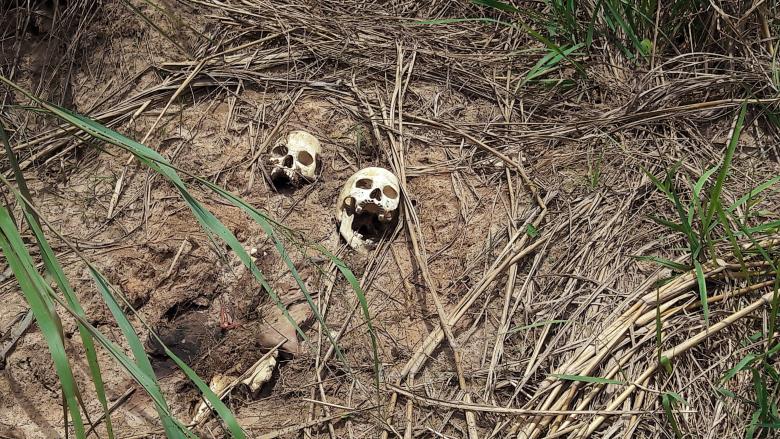 The increasingly brutal nature of fighting in central Congo between the army and local militia is on vivid display in the village of Tshienke, where the bodies of rebel fighters last month were dumped into a mass grave following intense clashes.

A visit to this site this month was the first time that journalists including Reuters have been able to see the toll that the Congolese military has exacted on fighters of the Kamuina Nsapu militia, whose insurgency poses the most serious threat to the rule of President Joseph Kabila.

Reuters was unable to determine the exact number of bodies in eight mass graves dug in January and February in Congo's Kasai-Central province. The graves were also confirmed by nine local witnesses.

The United Nations said it suspects that Congolese forces killed 84 militia members close to the town of Tshimbulu between Feb. 9-13.

The government denies its soldiers used disproportionate force and says they have recovered automatic weapons from militia fighters after clashes.

Government spokesman Lambert Mende told Reuters that the bodies in the mass graves were those of Kamuina Nsapu fighters and it was the group who had buried them, not the army.

"I don't see why the soldiers would hide the fact, that after clashing with the terrorists, the terrorists died," he said, adding that the army killed militia fighters in the clashes.

Leaders of Kamuina Nsapu could not be reached for comment.