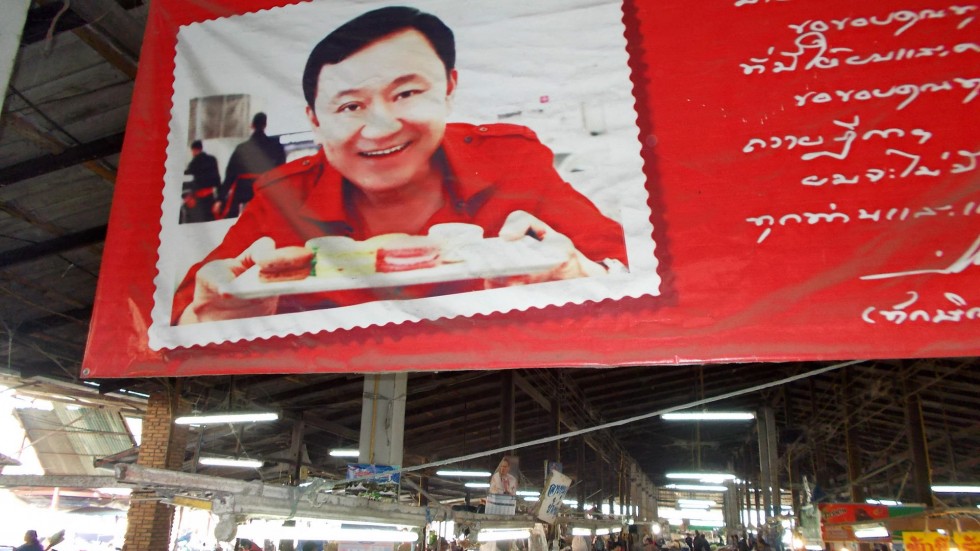 An exiled "red shirt" opponent of Thailand's junta accused police of trying to set him up after they said they had found a cache of weapons and uncovered a plot to kill the prime minister.

The government said it would seek Wuthipong Kochathamakun's extradition from neighboring Laos and pledged to stop anything which could cause unrest in Thailand, where the opposition has been largely silenced since a 2014 coup.

"They're trying to force terrorism charges on me," Wuthipong said in an interview posted on YouTube. "This is a very poorly done setup."

The police drew a link from their discovery not only to the red shirts supporters of ousted populist leader Thaksin Shinawatra, but also to an influential Buddhist temple that is at odds with authorities.

They did not give details of the alleged plot to kill junta leader Prayuth Chan-Ocha but said they had discovered the weapons at a house belonging to Wuthipong, who fled Thailand at the time of the coup.

Critics accuse the government of using security threats to justify the army's continued grip on power.

"I don't believe he has the kind of military caliber to intend to harm the prime minister," said Jatuporn Prompan, a leader of the red shirt movement, known as the United Front for Democracy Against Dictatorship.

The government played down any risk to Prayuth's life, but said that it would take action against any threat to stability as it tries to bring about political reconciliation before eventual elections.

"Whatever causes unrest, we will put it out," Defence Minister Prawit Wongsuwan said.

The junta seized power in the name of ending political turmoil and says its measures against dissidents are to preserve stability. Elections which had been initially promised for 2015 are not widely expected to happen before well into next year.

In accusing the red shirt follower over the weapons, police also said there had been a plan to potentially use the arms against security forces at the Dhammakaya temple, where they were searching for the former abbot on money laundering charges.

A senior monk said the temple was making no comment because it had nothing to do with the police accusations. In the video, Wuthipong denied any link to the temple.

Wuthipong was wanted on weapons charges, Prawit said. "I want him, and will ask Laos to hand him over," he said.

The junta has previously accused dissidents there of making death threats and insulting the monarchy.

Former prime minister Thaksin, overthrown in 2006, lives in exile in Dubai to escape corruption charges. A government led by his sister, Yingluck Shinawatra, was overthrown in 2014. She is on trial for corruption and denies the charges.