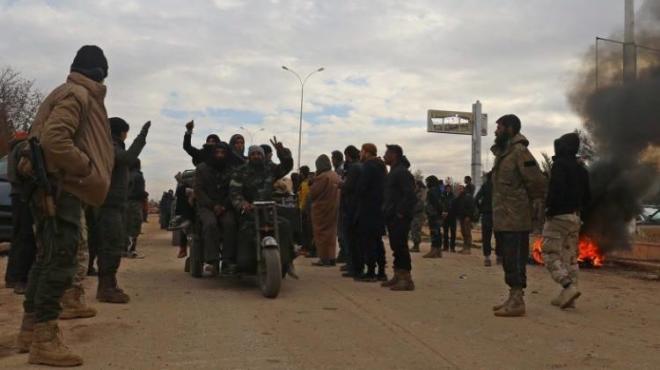 The Free Syrian Army (FSA) and other opposition groups have reportedly made gains against regime forces as part of a new offensive near Hama city in west-central Syria.

Opposition fighters advanced to positions six kilometers (four miles) away from the center of Hama city, according to Anadolu Agency reporters in the area.

“We opened this [battle] front in an attempt to reduce the pressure on opposition [forces] in Damascus,” the FSA-linked Jaysh al-Nasr group said in a statement.

According to the reporters, group fighters seized control of Soran town and the villages of Khattab, Shir and Subin as well as the Safuh military barricade in Hama.

They said a large number of regime forces and members of allied foreign terrorist groups were captured by opposition fighters during the offensive.

Syria has been locked in a vicious civil war since early 2011, when the regime of Bashar al-Assad cracked down on pro-democracy protests -- which erupted as part of the Arab Spring uprisings -- with unexpected ferocity.

Since then, more than a quarter-million people have been killed and more than 10 million displaced across the war-battered country, according to the United Nations.

The Syrian Center for Policy Research, however, put the death toll from the six-year conflict at more than 470,000 people.