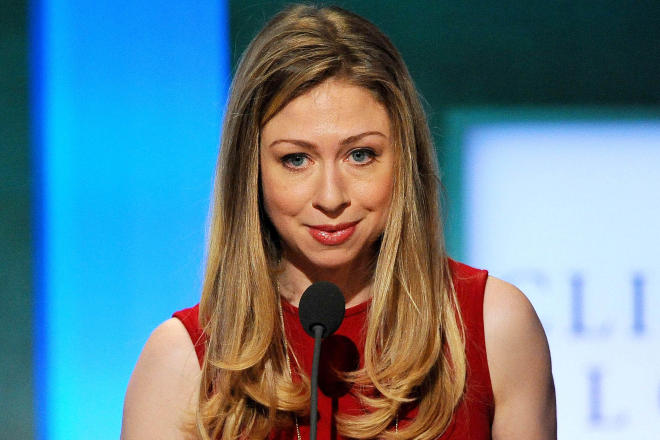 Chelsea Clinton, at just 37 years old, is set to receive a lifetime achievement award from Variety Magazine at their annual “Women in Power” luncheon next month.

Clinton, best known for being the daughter of former US President Bill Clinton and former Secretary of State Hillary Clinton, is the current vice chair of the Clinton Foundation, which has been at the center of multiple pay-to-play foreign donation scandals. She has also faced criticism for using foundation funds to pay for her wedding, living expenses and taxes on gifts of cash from her parents.

“The investigation into her getting paid for campaigning, using foundation resources for her wedding and life for a decade, taxes on money from her parents …,” Doug Band, formerly a top aide to Bill Clinton, wrote to Hillary Clinton adviser John Podesta in an email released by WikiLeaks during the election season. “I hope that you will speak to her and end this. Once we go down this road …”

In 2011, Clinton was given the title of “special correspondent” for NBC News with a salary of $600,000 – which ended up being approximately $26,724 for every minute she was on screen reporting. It was widely speculated that the gig was simply a move to curry favor with the Clinton family.

Variety said in a statement that Clinton is being honored "for her work with Alliance for a Healthier Generation, which empowers kids to develop lifelong healthy habits."
Recently, Clinton co-wrote a book called “Governing Global Health: Who Runs the World and Why?”

“As superficial and boring as its author, who has received a free ride her entire life,” one reviewer on Amazon wrote of the book, which currently stands at number 61,182 on the website’s best sellers list.

The former first daughter is reportedly considering a run for Senate if New York Senator Kirsten Gillibrand runs for president in 2020.