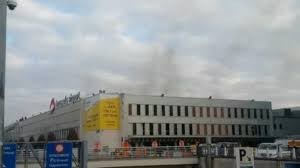 The staff of Azerbaijan’s embassy in Belgium and the country’s diplomatic mission to NATO did not suffer from explosions in Brussels, the embassy told Trend March 22.

Diplomatic missions urged their employees and fellow citizens, who are living and staying temporarily in this country don’t go out and visit crowded places.