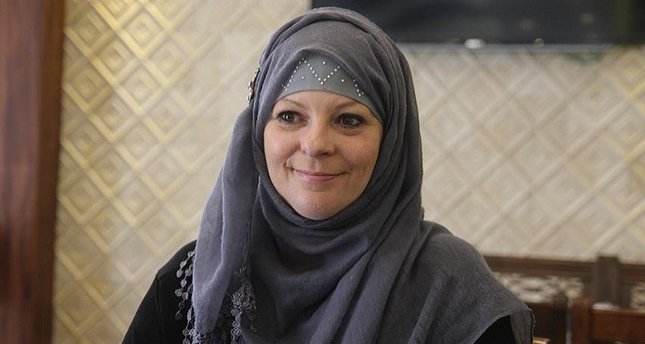 The U.S. and British decisions to ban electronic devices larger than cellphones in the cabins of commercial airplanes continue to receive criticism from all around the world. British broadcaster, journalist and human rights activist Lauren Booth is the latest public figure to disavow the controversial move.

Axar.az reports that in an exclusive interview with Turkish news broadcaster 24 TV, Booth said that the ban targeted fast-growing airliners such as Turkish Airlines (THY) and Qatar Airways, and its aim was to undermine their aviation industries and stifle economic growth.

Drawing attention to the timing the ban, Booth pointed out that the ban comes as Istanbul prepares to secure its position as an international hub with its third and the world's largest airport.

Although the new restrictions were said to be due to security concerns, Booth said that the U.S. and U.K. cannot deny the economic implications of the ban and should re-evaluate their decisions.

Booth also underscored that the U.S. and U.K. should share their concerns about safety on commercial flights, and inform the related governments of the intelligence they receive on possible terror threats, instead of taking one-sided measures.

"Another reason for these measures is that they do not want to see a strong Turkey," she added.

Booth also thanked Turkey for the contributions it has made to refugees and said she was proud to be in such a country.

Underlining that while Turkey was pursuing a pluralistic approach, accepting and tolerating all people, Booth said the West was using hateful rhetoric against Muslims, telling them to "be assimilated or leave."

She also argued that the EU was experiencing 'a philosophical and economic collapse', and that this was perhaps the reason why it is rejecting refugees