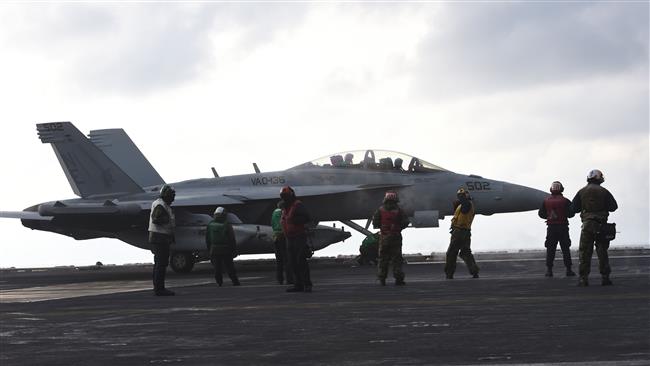 The US has been secretly moving strategic weapons to South Korea in order to threaten North Korea, a US military official says, noting that Washington has taken a more aggressive approach towards Pyongyang under President Donald Trump.

Axar.az reports that “surprise dispatch of strategic weapons is effective in maximizing fear in the North as it sends a message that such weapons can be mobilized any time in case of a contingency," the unnamed official was quoted as saying by The Korea Times on Sunday.

The comments came days after Washington belatedly confirmed that it had deployed a number of F-35B stealth fighter jets to the restive peninsula. The aircraft were originally sent to Japan.

The advanced fighter jets reportedly took part in the US-South Korea annual joint military exercise Foal Eagle, where they simulated a bombing attack on virtual targets in the North.

The flight reportedly took place between March 20 and 23 but was only made public by US Forces Korea (USFK) Commander General Vincent K. Brooks on Saturday.

“The deployment of the most advanced aircraft the US Marine Corps has in its inventory to Korea is yet another example of how dedicated the United States is to supporting the ROK-US Alliance,” he said in a statement. “The training within the Korea Marine Exercise Program helps ensure our readiness and is critical for our alliance as we maintain security and stability on the Korean Peninsula.”