Trump to meet with Egyptian President Sisi on April 3 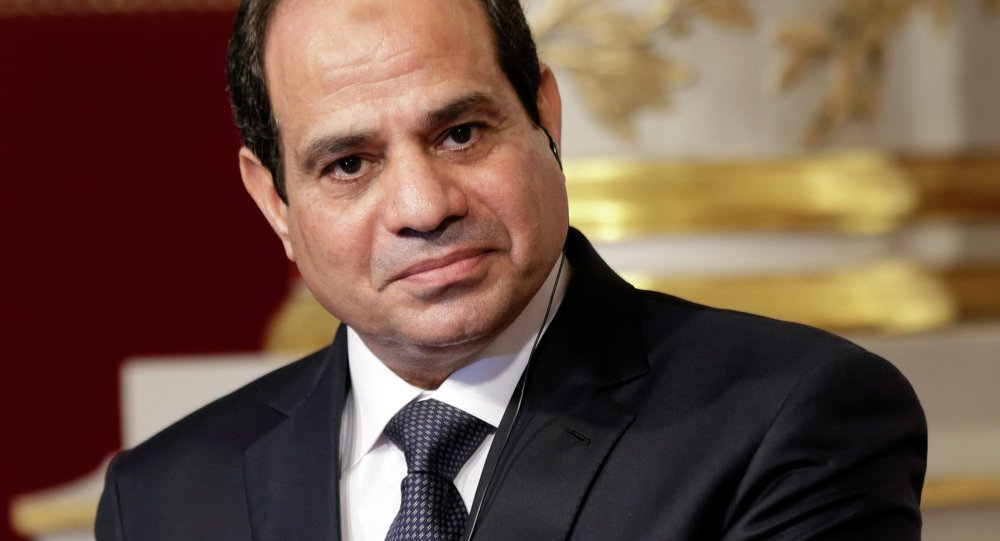 Egyptian President Abdel Fattah Al Sisi will meet with US President Donald Trump during his visit to the United States next week, the White House said in a press release on Tuesday.

Axar.az reports that according to the press release, the two leaders will discuss bilateral and regional issues and ways to advance the US-Egypt relationship.

The news comes as on Monday it was reported that the US seeks to resume military exercises with Egypt that was scrapped by former US President Barack Obama in 2013 amid Cairo's crackdown on protesters in the country.

Relations between Cairo and Washington started to deteriorate after the ouster of Egyptian then-president Hosni Mubarak. During almost 30 years of his rule, Egypt has become one of the top recipients of US military aid. The aid was suspended after the 2013 military coup when the country's first democratically elected president Mohamed Morsi was ousted.
In March 2015, Obama ordered to resume military exports to Egypt to help fight rising terrorism in the region, including Daesh (outlawed in Russia), and encourage reforms in the country. In July, the United States sent eight F-16 fighter planes to Egypt. In addition, the White House earlier agreed to grant Egypt annual financial assistance amounting to $1.3 billion.

In April 2016, the US administration decided to resume full arms deliveries and to continue financial military support.