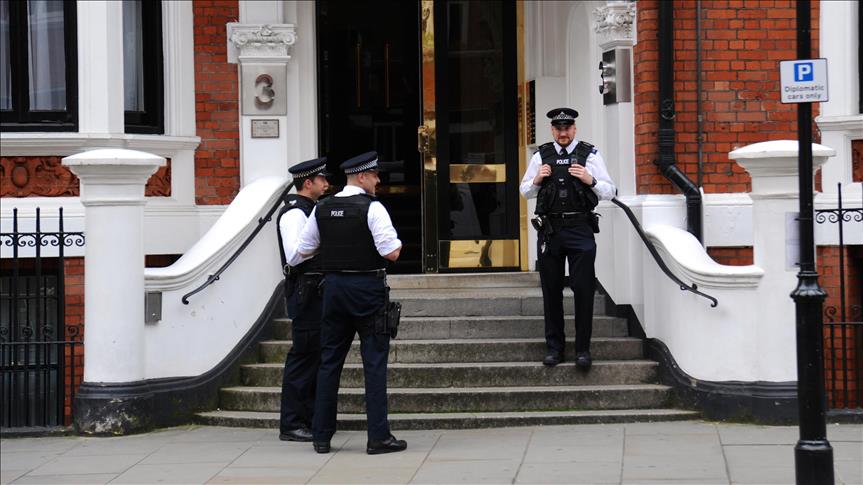 Bahrain has decried an attempt by anti-war demonstrators to perform a citizen's arrest on Maj. Gen. Ahmed Asiri, a spokesman for the Saudi-led coalition fighting Yemen's Houthi group, during a recent visit to London.

Axar.az reports that in a statement released Saturday, the Bahraini Foreign Ministry described the demonstrators as a "group of terrorists".

"This was part of desperate attempts by some parties to undermine any political efforts aimed to resolve the Yemeni conflict," the ministry said.

On Thursday, Asiri dodged a citizen's arrest by anti-war activists in London, where he arrived to speak at a foreign policy think tank about the conflict in Yemen.

The protesters, who shouted "hands off Yemen", tried to block the general's car, but were pushed away by British police.

The Saudi embassy in London described on Twitter the protests against the general as an "attempted attack".

Yemen fell into civil war in 2014, when Houthi rebels and allied forces overran capital Sanaa and other parts of the country.