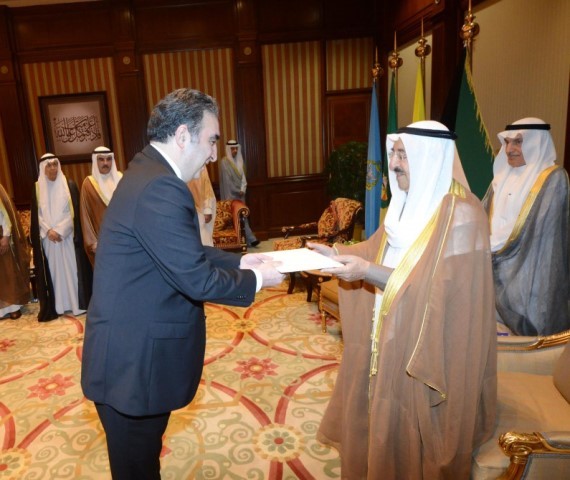 Azerbaijani Ambassador to the State of Kuwait Elkhan Qahraman has presented his credentials to Emir Sheikh Sabah Al-Ahmad Al-Sabah.

The Ambassador said President Ilham Aliyev attached particular importance to Azerbaijan`s relationship with Kuwait. He expressed hope that Emir Sheikh Sabah Al-Ahmad Al-Sabah would visit Azerbaijan, saying the trip would contribute to the deepening of the "sincere" ties between the two countries.

Qahraman said he would do his utmost to develop Azerbaijani-Kuwaiti relations.

Emir Sheikh Sabah Al-Ahmad Al-Sabah hailed his country`s relations with Azerbaijan. He recalled the Azerbaijani President`s visit to Kuwait in 2009, and expressed his hope that he would also visit Azerbaijan in the near future.