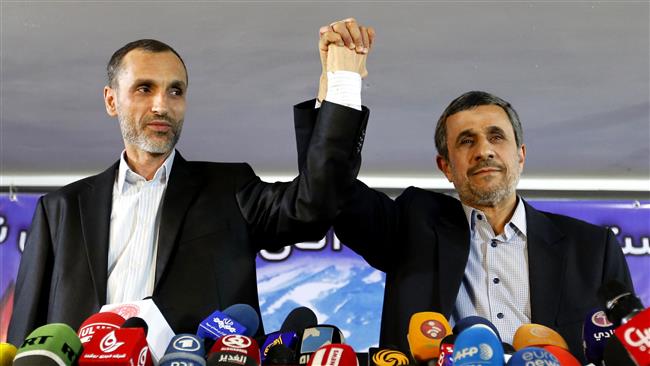 Axar.az reports that “I do not plan to run for president. I support Hamid Baqaei as the most qualified candidate,” Ahmadinejad said at a press conference on Wednesday.
Baqaei was the chief of staff and vice president for executive affairs during Ahmadinejad’s second term in office. He was also vice president and head of the Cultural Heritage and Tourism Organization when Ahmadinejad was in office during his first term.

Leader of the Islamic Revolution Ayatollah Seyyed Ali Khamenei has advised Ahmadinejad, who was Iran’s president from 2005 to 2013, not to run for president in the May election, saying the prospect of his candidacy could create polar divisions in the country.

Iranians will go to the polls on May 19 to take part in the country’s 12th presidential election.