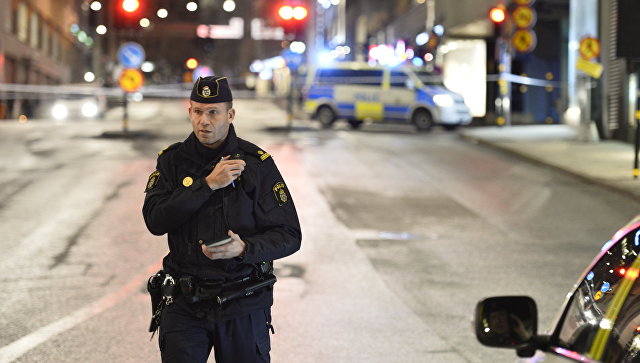 The vehicle drove into crowds on Drottninggatan (Queen Street) - one of the city's major pedestrian streets, just before 3pm local time, before crashing into Åhlens Mall.

A number of people have been injured, with unconfirmed reports of at least three people killed.

Stockholm police confirmed they are dealing with the incident and armed police are at the scene.

Martin Svenningsen, a reporter with P4 Extra, says he saw a truck driving into the crowd.

He said: “I saw at least three dead, but there are probably more. It's a complete mess here.”

Several people are lying lifeless in the street according to witnesses, Expressen.se reported.

Towe Hägg of Stockholm police confirmed: “We have have had the reports and have initial information about person injuries.”

Reports suggest the vehicle rammed through the crowded street drove into Åhlens Mall.

“I saw hundreds of people run, they ran for their lives,” Anna, who witness the incident said. “I turned and ran as well.”

Jan Granroth was inside a shoe store on Drottninggatan when he heard people starting to scream.

Other witnesses described scenes of panic when the truck started driving through the crowd.

Dimitris said: “I was on the main street when a big truck came out of nowhere.

“It got out of control, I was at least two people being run over.”