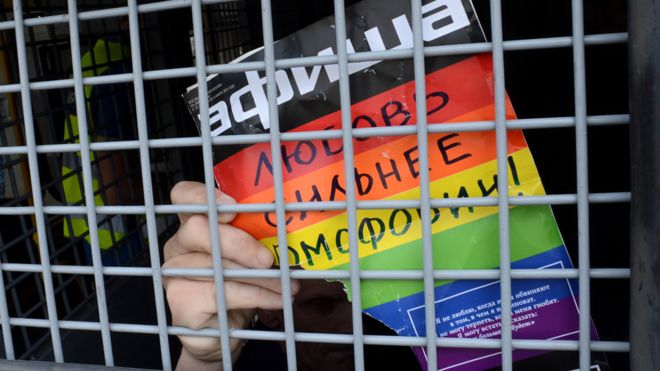 Axar.az reports citing to BBC activists say police in the republic of Chechnya have arrested and tortured dozens of gay people in a crackdown.

Mrs Merkel raised the issue during her first visit to Russia since 2015, which saw her hold talks with Mr Putin at his summer residence in Sochi.

Relations between the two nations have been strained over Syria and Russia's annexation of Crimea from Ukraine.

The civil wars in Syria and Ukraine were discussed by the two leaders.
Mr Putin is due to meet Turkish leader Recep Tayyip Erdogan later on Wednesday.