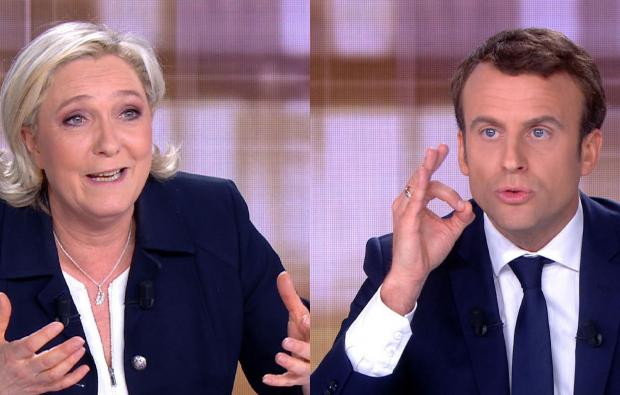 The two contenders for the French presidency traded insults in a fiery head to head TV debate, in a key moment of a long and bitter campaign.

Axar.az reports citing to BBC centrist Emmanuel Macron said his far-right rival Marine Le Pen's strategy "is to lie", while she called him a shameless "darling of the system".

Mr Macron is well ahead in the polls, although his lead has been reduced.

The aim of both candidates is to win over the estimated 18% of undecided voters ahead of Sunday's election.
For the first time, neither candidate is from a mainstream French party.

The debate was heated for most of its 160 minutes, with both candidates throwing personal insults at each other.
Ms Le Pen called her 39-year-old rival "the candidate of savage globalisation", happy to sell off France's assets and relinquish control of the country.

Mr Macron, in turn, accused the 48-year-old leader of the National Front (FN) of being "the high priestess of fear", saying she talked a lot but "proposed nothing".