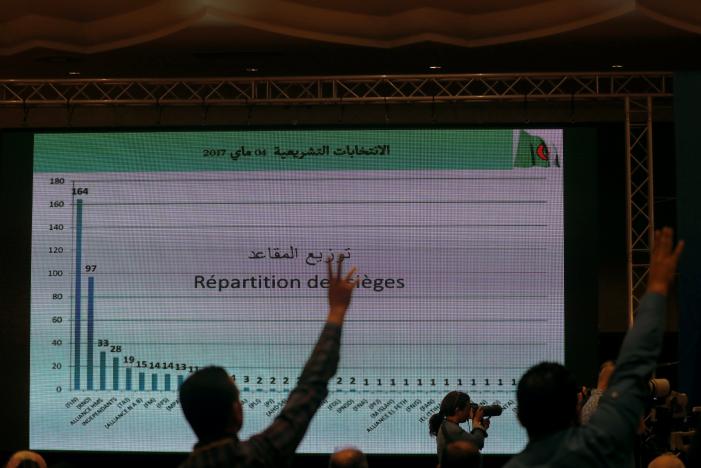 Algeria's ruling National Liberation Front party and its main allies won a majority in a parliamentary election overshadowed by the financial crunch from lower oil prices and questions over President Abdelaziz Bouteflika's health.

Turnout was only 38.25 percent, lower than 43 percent in the last election in 2012, reflecting general distrust among Algerians that a weak parliament can bring any change in a system dominated since 1962 independence by the FLN.

The FLN, with its roots in the war against colonial France, won 164 seats in the 462-seat National Assembly, but it lost considerable ground from the election five years ago when it won 221 seats, the interior minister said announcing results.

Coalition allies, the National Rally for Democracy or RND, won 97 seats, gaining from around 70 seats five years ago.

A moderate Islamist alliance led by MSP party, which has in the past supported Bouteflika and the pro-government coalition, won 33 seats in the parliament.

OPEC member Algeria, a major gas supplier to Europe, is wrestling with reforms to cope with the fall in crude prices that is testing an economy heavily dependent on oil revenues and still mostly controlled by the state.

In power for nearly two decades, Bouteflika has been seen rarely in public since a stroke in 2013, and his health has left questions over a potential transition before his term ends in 2019 with no clarity on his possible successor.