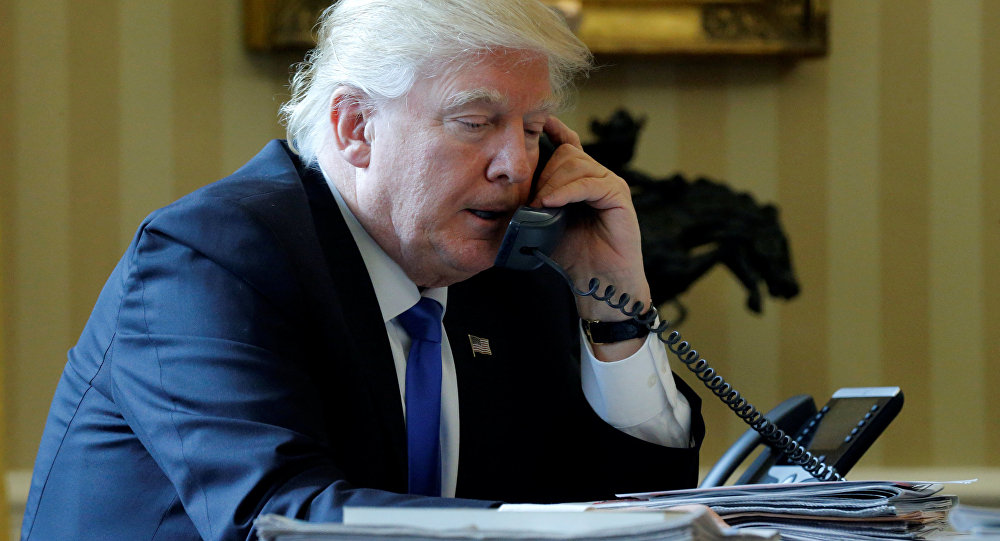 Axar.az reports citing to Sputnik US President Donald Trump in a phone call discussed with Peruvian President Pedro Pablo Kuczynski the political and economic crisis in Venezuela, the White House said in a statement.
"President Donald J. Trump spoke today with President Pedro Pablo Kuczynski of Peru to address the deteriorating political and economic crisis in Venezuela. President Trump underscored that the United States will work together with Peru in seeking to improve democratic institutions and help the people of Venezuela," the White House said.

The White House added that Kuczynski thanked Trump for promptly providing assistance to Peru in connection to the disastrous floods in the country.

The mass protests started in Venezuela on April 4, after the country’s Supreme Court ruled to restrict the power of the state’s National Assembly. The decision was subsequently canceled, but the protests continued, claiming the lives of over 30 people.