US steps up manhunt for Syrian terrorist leader 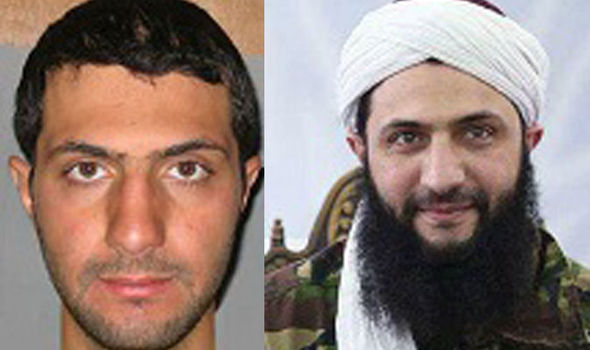 The US is offering a $10million (£8million) reward in its hunt for terror chief Abu Muhammad al-Jawlani.

Al-Jawlani is the military leader of Syria's al-Nusra Front terror group which has links to al-Qaeda and has been responsible for a strong of atrocities across the war-torn country since 2013.

The State Department said the reward will be paid for information leading to his “identification or location”.

The bounty is the first under the department's ‘Rewards for Justice Programme’ for an al-Nusra Front leader.

A State Department spokesman said the al-Nusra Front had committed numerous attacks in Syria, including many against civilians, under al-Jawlani's ruthless command.

The Syrian, believed to be in his 40s, has been identified by the US as a “specially designated global terrorist” since 2013 and subject to US and international sanctions, including an asset freeze and travel ban.

The al-Nusra Front is designated a “foreign terrorist organisation” by the US.

In April 2015, al-Nusra Front kidnapped, and later released, around 300 Kurdish civilians from a checkpoint in Syria.

In June 2015, it claimed responsibility for the massacre of 20 residents in the Druze village Qalb Lawzeh in Idlib province.

In 2016, it changed its name to the Fatah al-Sham Front and formally cut ties with al-Qaeda last year but is still widely seen as being linked to the global terror network.

The department has offered to relocate anyone who gives credible information on al-Jawlani.