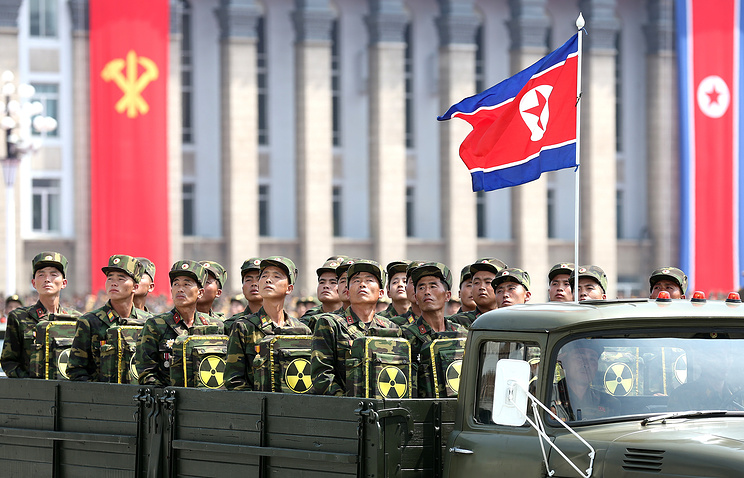 North Korea calls on the United Nations member states to reconsider the implementation of sanctions imposed on Pyongyang by the UN Security Council, the country’s Permanent Mission to the United Nations said in a statement on Friday, TASS reports.

The North Korean Permanent Mission called on all the member states of the United Nations to "reconsider their implementation activities until the legality of those sanction resolutions are clarified at the international forum of legal experts as demanded by the DPRK."

According to the mission, the United States "is so frightened of the great military strength of the DPRK" that it considers "ordinary business of restaurant management as manufacturing factories of nuclear weapons or ballistic missiles," while the Sanction Committee is a "degenerated tool of pursuing the US policy against the DPRK" which is "making fool of itself in front of the international community for its hysteric madness on sanctions."

Tensions on the Korean Peninsula began to grow in early 2016 when North Korea conducted a nuclear test and after that launched a ballistic missile carrying a satellite. In September 2016, Pyongyang carried out another nuclear test, while more than 20 missiles were test-fired during the year.

In April 2017, North Korea carried out several missile tests the latest of which took place on April 28, only a few hours after the United Nations Security Council had held a meeting to discuss the situation on the Korean Peninsula.

Meanwhile, in early March, the media reported that North Korea was making preparations for the sixth nuclear test.