Poroshenko and Angela Merkel will meet 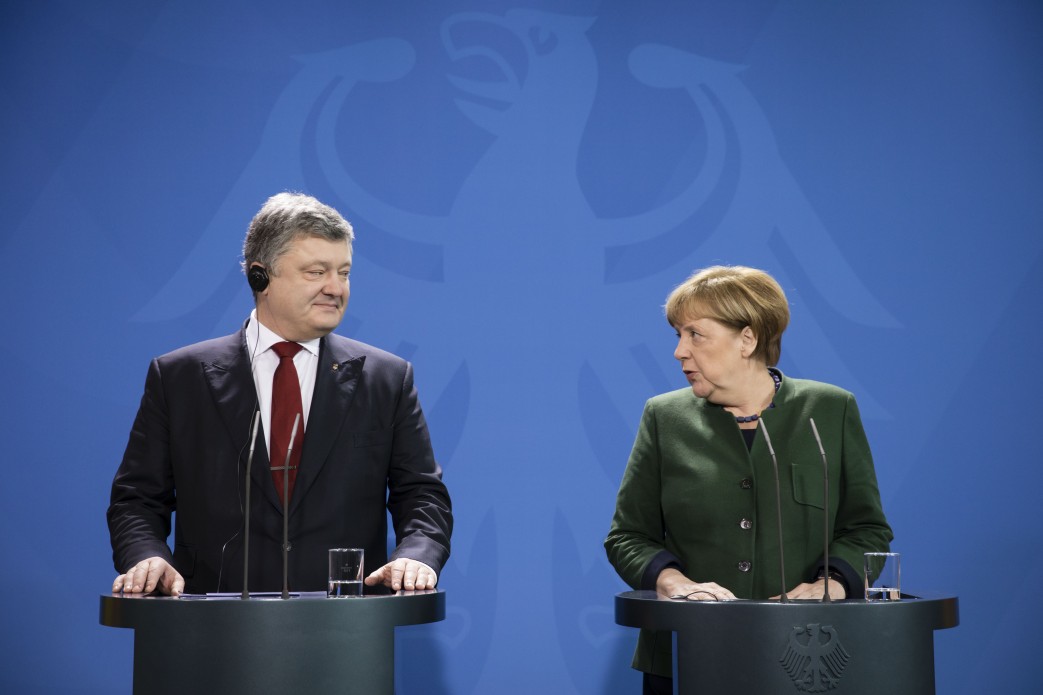 During an upcoming meeting of Ukrainian President Petro Poroshenko with German Chancellor Angela Merkel, the two will discuss three main topics - pressure on Russia for the de-escalation of the situation in Donbas, Ukraine's European integration and Germany's assistance in carrying out reforms in Ukraine, Foreign Minister of Ukraine Pavlo Klimkin has said.

"The first issue is how to work together to pressure Russia to do what it needs to do in Donbas," the minister said in an interview with journalists in Brussels on Monday, stressing that "this is necessary for the return of Donbas to normal life and the start of the transition process for the reintegration of Donbas."

"The chancellor will meet with the newly elected president of France. We need to agree on the next steps within the Normandy format, we need to coordinate them with our American friends and partners," he added.

"The second aspect is our European integration – both the visa-free regime, and the association, and the next steps... And the third issue is Germany's assistance to our reforms. There are several important projects, for instance the project on energy efficiency and on the creation of an energy efficiency fund where our German friends are helping us very much," the minister said.

"Negotiations will be held in the near future, the president of Ukraine is in constant contact with the chancellor of Germany," Klimkin said.

As reported, Poroshenko said on Sunday that he will visit Berlin at the end of next week to discuss the preparations for the meeting of the negotiating group on the settlement of the situation in Donbas in the Normandy format (France, Germany, Ukraine and Russia). "At the end of next week, exactly in a week, I will have many hours of negotiations in Berlin with the German chancellor to prepare the meeting in the Normandy format," he said.

The Ukrainian president also said that the United States has already been involved in the work of the Normandy format and will continue to work within its framework. The president also believes that the Normandy format will also be discussed during the first foreign visit of new French President Emmanuel Macron to Germany and the meeting with German Chancellor Angela Merkel.