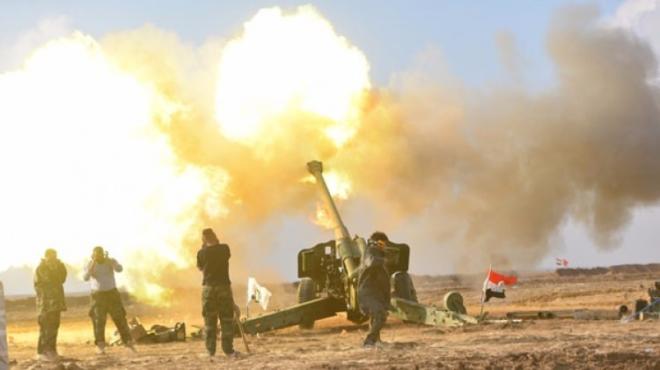 Dozens of people were killed and scores injured in a spate of suicide bombings and a coalition airstrike in Iraq's northern city of Mosul on Wednesday, according to security officials.

He said four policemen and three anti-terrorism soldiers were also killed in two car-bomb attacks in al-Auraibi, north-west of Mosul.

Meanwhile, 25 civilians were killed in a U.S.-led coalition raid in western Mosul, according to Iraqi officer Sadoun Fahd.

He said the airstrike targeted a group of Daesh militants in the city's western side. "The militants were preparing to carry out an attack against Iraqi forces in al-Refai district," he said.

He said nine women and three children were among the victims of the attack.

There was no comment from either the U.S.-led coalition or Iraqi forces about the report.

Iraqi forces, backed by air cover provided by a U.S.-led coalition, are currently engaged in a massive offensive aimed at driving Daesh out of Mosul, the terrorist group’s last stronghold in northern Iraq.