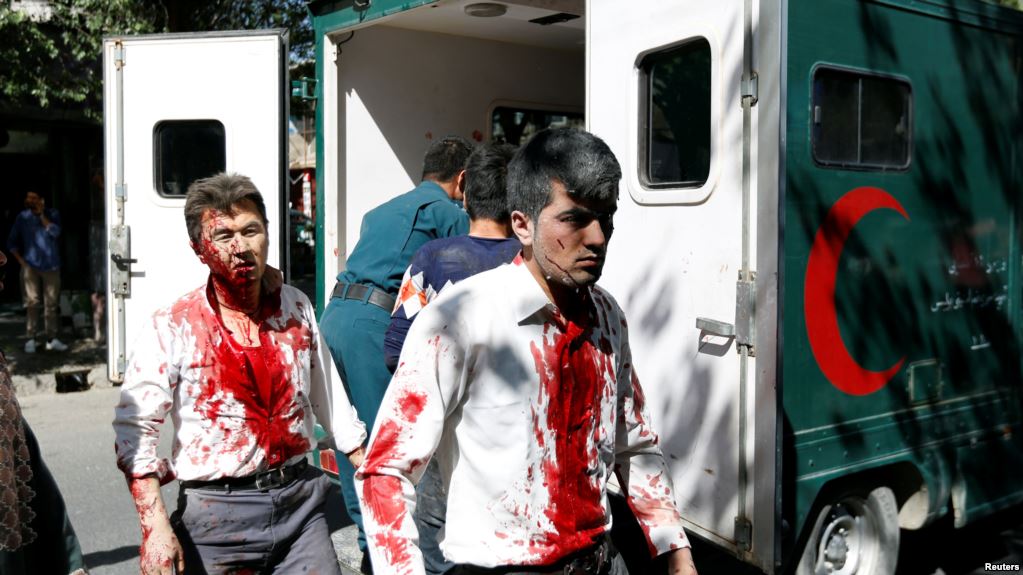 Afghanistan has blamed Pakistan and a Taliban-affiliated group for Wednesday’s massive truck bombing in the capital Kabul that claimed up to 90 lives and left more than 400 injured.

The Afghan spy agency National Directorate of Security (NDS) said early findings showed the Haqqani network with the assistance of the Pakistan’s intelligence agency carried out the attack.

“Terrorists have once again proved they were representing no religion and ideology and staged such attacks just to please their Pakistani lords,” the NDS said in a statement.

After Taliban denied their involvement, it was highly anticipated that Daesh -- which has claimed multiple attacks in Kabul recently -- might own the attack in diplomatic enclave, but so far no group has taken responsibility.

President Mohammad Ashraf Ghani also appeared on television and urged the nation to unite against the enemy.

“I want to tell those regional countries and those who are harbouring and training terrorists for their political targets that the Afghan nation and the international community is aware about their activities”, Ghani said.

He also received telephone calls from the U.S. President Donald Trump and the German Chancellor Angela Merkel after the bombing.

Meanwhile, the Ministry of Public Health (MoPH) has raised the death toll to 90 while more than 400 people are wounded.

Mohammad Ismael, spokesman for the Health Ministry, told Anadolu Agency that the hospitals are overwhelmed with patients.

“Our doctors are trying their best, we are receiving good response from the public who have generously donated much-needed blood”, he said.

Afghanistan is mourning the victims. The Afghanistan Cricket Board (ACB) has cancelled its proposed series of matches with Pakistan in protest.