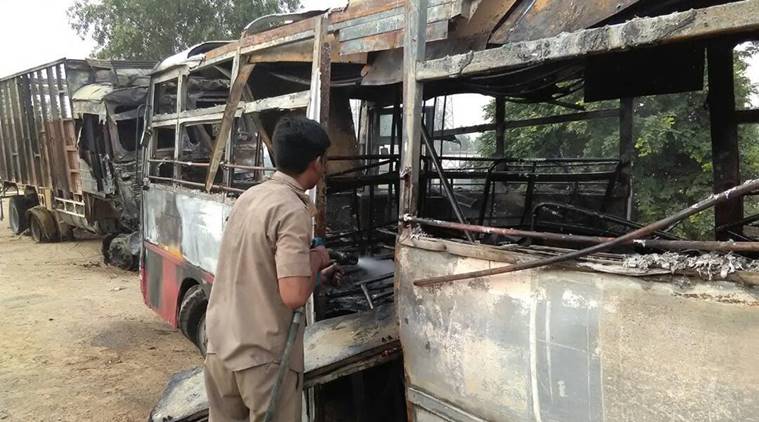 A bus slammed head-on into a truck in northern India early Monday, killing 22 people and injuring more than a dozen, police said.

The bus was carrying 37 passengers when it collided with the truck and caught fire near the city of Bareilly in Uttar Pradesh state, said Santosh Yadav, a police officer.

Twenty-two bus passengers were killed and 15 others were injured in the accident, which took place at around 1:30 a.m., he said. The bus driver and conductor escaped with only minor scratches, while the driver of the truck was not injured.

"The diesel tank of the bus burst after the collision which led to the fire. Bodies of the victims were charred beyond recognition," senior police officer Rohit Singh Sajwar said.

"Initial investigations indicate that all victims died of burn injuries. We are carrying out autopsies to determine the exact cause of their death," he added.

The bus was heading from Gonda, a small town in Uttar Pradesh, to New Delhi, India's capital.

Prime Minister Narendra Modi and state agencies send condolences for the loss of life and announced compensation for the families of the victims.