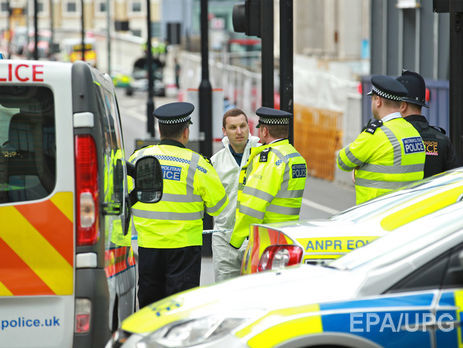 Over 130 Muslim religious leaders have refused to say funeral prayers for the terrorists who took part Saturday’s London Bridge attack, a decision that was seen as “unprecedented” because the ritual is usually performed on the deceased no matter his past actions.

The imams and religious leaders agreed not to say the prayers and urged other leaders to join them. The decision was made as Muslim community leaders came out to support the effort to report extremism in their neighborhoods.

“We, as Muslim Imams and religious leaders, condemn the recent terror attacks in Manchester and London in the strongest terms possible,” the Muslim leaders said in a statement. “Coming from a range of backgrounds, and from across the U.K.; feeling the pain the rest of the nation feels, we have come together to express our shock and utter disgust at these cold-blooded murders. We are deeply hurt that a spate of terror attacks have been committed in our country once more by murderers who seek to gain religious legitimacy for their actions. We seek to clarify that their reprehensible actions have neither legitimacy nor our sympathy.”

U.S. Secretary of State Rex Tillerson applauded the move. He said he was encouraged by the imams and said that the decision means they are condemning the attackers’ souls. The funeral prayer asks for forgiveness of the dead.

Mak Chishty, the Metropolitan police commander of engagement, said, according to The Guardian, that it is time for Muslims to “counter the scourge of terrorism, extremism and hatred that we have in our communities at present.”

Chishty, the highest-ranking officer in the department of Muslim faith, said, “It is the Islamic duty of every Muslim to be loyal to the country in which they live. We are now asking questions to understand how extremism and hatred has taken hold within some elements of our own communities.”

The Islamic State group has claimed responsibility for Saturday night's brazen attack that started on London Bridge, then continued in the streets surrounding Borough Market. A total of seven civilians were killed. The three believed attackers were killed. Police have 11 people in custody on suspicion of violating the Terrorism Act, but they haven't been named or charged. Others who had been arrested were released without being charged.

The country's official terror threat level had been set at "critical" in the parlous days after the Manchester concert bombing on May 22 that killed 22 people — reflecting a judgment that an attack might be imminent because accomplices with similar bombs might be on the loose.

London Mayor Sadiq Khan, who is Muslim, wrote in The London Evening Standard,

“Along with the overwhelming majority of the Muslim population, I am disgusted by this act, I want to send a crystal-clear message around the world: The sick and wicked ideology of these evil extremists is no form of Islam that I recognize. I unequivocally denounce them and their twisted beliefs.”