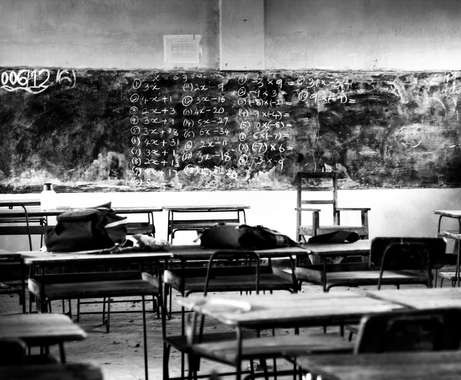 Armenia, the poorest country in the South Caucasus, is experiencing a deep demographic crisis that negatively affects many spheres, including the country's educational area.

The media reports on closing schools in Armenia’s different regions hints to worsening of social life in rural areas.

Sergey Aghajanian, the principal of the secondary school in Dashtadem village of the Lori region, told media that the school has not seen any graduate over the past six years. This school will have a sole graduate only in 2018, only if this student will express desire to continue his education, the principal added.

Aghajanian said that the schools have more teachers than students – 16 people teach only 12 children. At the same time, the school needs teachers of Armenian literature and language, chess, physics, chemistry and a number of other disciplines.

Shortage of skilled personnel is an acute problem of Armenia. If there are any experts that have not left Armenia yet, they have no desire to go in the depths of the country where they will work for peanuts.

It is difficult to imagine an atmosphere of melancholy and hopelessness in this school and in the whole country as well. High level migration of people, especially youth, has resulted in the desertification of the post Soviet nation. Falling birth rate has resulted demographic catastrophe in the country's regions, particularly Shirak and Lori suffering reproduction crisis.

Lately, Armenian local media reported that the country’s Dzyunashokh village has not seen a birth of a single infant over the past two years. Village’s representative Gari Grigoryan said only one or two babies were born per year previously.

As a result, village’s population has reached 140 people, while this number was 260, according to Grigoryan.
Most of the Armenian population left their homeland looking for well-paid job or for job in general. For the first time in nearly 40 years, the population of Armenia fell below the level of 3 million according to the Armenian Statistics Agency. In 2015, the country’s population decreased by 12,000 people, while during the last five years it decreased by 35,000 people, and since gaining independence in 1991 by 634,700 people. Thus, based on the 2011 census, 2.9 million people live in the country as of January 1, 2016.

Some experts believe that the phenomenon of emigration is systemic due to Armenia’s political, economic, social, moral and psychological state. Poverty, corruption, economic difficulties, social vulnerability, external debt and destruction are the main reasons that force people to leave their homes. In fact, labor migration is a worldwide practice for survival.

High level corruption and monopoly retain the economic development of the country, while the government has no action plan to improve the situation. The regular protests staged in the capital and regions face brutal police treatment, leaving no hope for better life in the poor post Soviet state.

The majority of population see leaving the country as a way out from the situation, and this process seems already irreversible. Those leaving in search of a better living do not return back their home, while the country is getting almost empty year by year. in this situation, only a miracle seems to put life into the economy destroyed by Serzh Sargsyan and his corrupted team.