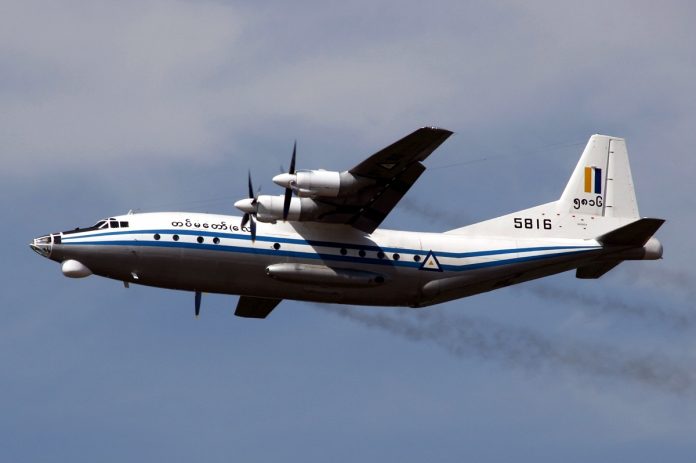 A number of bodies and wreckage have been found in the search for a plane that went missing off the coast of Myanmar with around 120 people on board.

A navy search ship found the bodies of a man, woman and child, as well as pieces of luggage, safety jackets and a tyre presumed to be from the aircraft's wheel.

"We have found the plane and some dead bodies this morning..." a spokesman from the military's information team said.

The commander in chief's office confirmed wreckage had been found off the coast of Launglon, in southern Myanmar.

The Chinese-made Y-8F-200 took off from the southern coastal town of Myeik at 1.06pm local time on Wednesday and was heading to Myanmar's largest city, Yangon.

It was on a regular, weekly flight that takes in several coastal towns.

Those on board included 106 soldiers and family members and 14 crew, the military said.

Myanmar's military said it lost contact while flying at 18,000ft over the Andaman Sea, 29 minutes after take-off.

It is monsoon season in Myanmar but there were no reports of stormy weather in the area at the time.