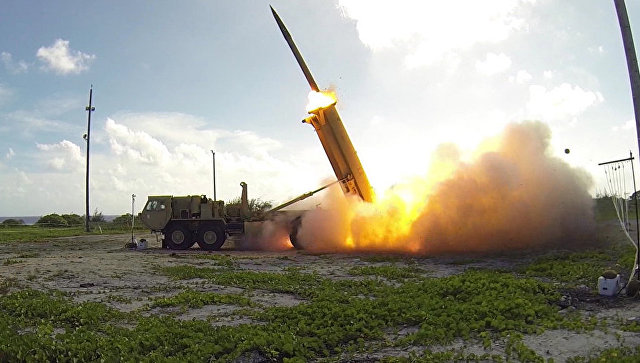 South Korea’s opposition parties urged the government on Thursday to proceed with the installation of a US missile shield after it was put on hold over environmental impact, local media said.

This comes after North Korea launched a salvo of short-range cruise missiles into the Sea of Japan, in what was the fourth missile test in a month.

"The government is charging at the THAAD deployment and the Korea-U.S. alliance while taking no measures whatsoever against North Korea's missile launches," Chung Woo-taik, acting chief of the Liberty Korea Party, was quoted as saying by the Yonhap news agency.

Kim Se-yeon, head of the conservative Bareun Party, said building a defense system as early as possible was a common-sense approach to North Korea’s nuclear ambition.

The Terminal High-Altitude Area Defense system is a highly controversial weapon, which Koreans fear might make the area of its deployment a target for the North. The president’s office suspended the installation of four launchers this week to conduct a comprehensive study.