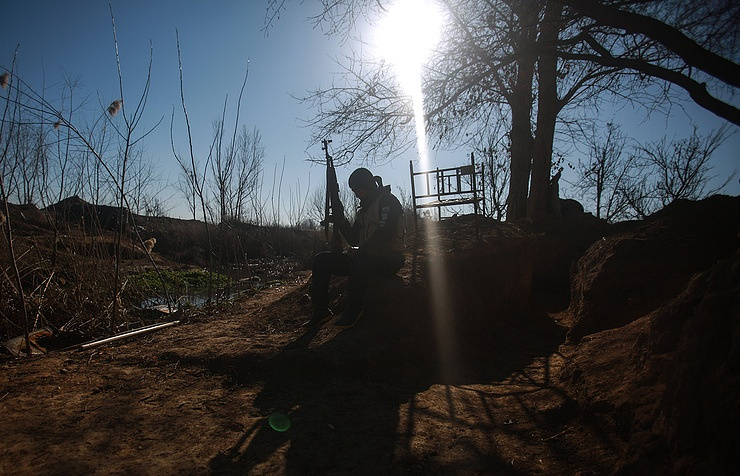 The Islamic State terror group plans to destabilize the situation in southern Russia and Central Asia, Russian President Vladimir Putin said at a meeting between the leaders of the Shanghai Cooperation Organization member states.

"We have information that the IS has been making new plans to destabilize Central Asia and southern Russia," he said. This is why, in Putin’s words, "there is a need to strengthen coordination between the SCO member states’ special services, particularly through the regional counterterrorism agency."

Putin also said that clandestine IS groups were active in the SCO member states, which was proved during the investigation into the metro terrorist attack in the Russian city of St. Petersburg. "Besides, terrorists based in Afghanistan have been seeking to enter our countries which cause much concern," the Russian president added.

On April 3, a blast occurred in a metro car between Tekhnologichesky Institut and Sennaya Ploshchad stations of the St. Petersburg metro. The attack killed 15 people, while more than 50 were injured. The Russian Investigative Committee said that the blast had been carried out by Akbardzon Dzhalilov, a native of Kyrgyzstan who had obtained Russian citizenship.

Putin added that the fight against terrorists should be uncompromising. According to him, there is also a need to remove social and economic reasons for terrorism and combat the spread of extremist ideas. In this connection, the Russian president stressed that the role of the SCO’s counterterrorism agency was increasing, besides, the Convention on combating terrorism, planned to be signed at the current SCO summit, would also be very important.