US and Russia call for dialogue over Qatar-GCC dispute 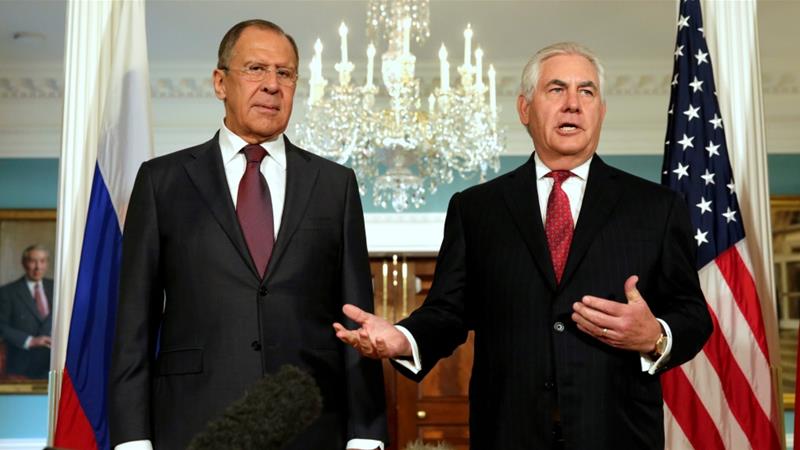 US Secretary of State Rex Tillerson and Russian Foreign Minister Sergey Lavrov have called for dialogue over the Qatar-GCC dispute, as a blockade imposed by three Arab states on the country entered its seventh day.

The Russian Foreign Ministry said in a statement on Saturday that the two leaders spoke on the phone and "discussed the consequences of the decision by a number of Arab countries to break diplomatic ties with Qatar."

On Monday, Saudi Arabia, the United Arab Emirates (UAE) and Bahrain, along with Egypt and a group of smaller countries, severed relations with Qatar, accusing it of supporting "terrorism."

Qatar has rejected the allegations as "baseless".

"Sergey Lavrov and Rex Tillerson pointed to the need of resolving disagreements through negotiations and expressed their willingness to contribute to such efforts," the ministry said in a statement.

It noted that the two top diplomats "agreed to continue contacts on other international problems, including the conflicts in the Middle East and North Africa and the Ukrainian crisis."

Speaking to reporters on Saturday, Lavrov said Russia was "ready to try to do everything in its power" to help resolve the Gulf crisis.

"We cannot be happy in a situation when the relations between our partners are worsening.

"We are in favour of resolving any disagreements through... dialogue."

The three Gulf states also imposed a land, sea and air blockade, and ordered all Qataris out within 14 days, while calling their own citizens back.

In its statement, the Qatari government said it has been leading the region in attacking what it called the roots of "terrorism", including giving young people hope through jobs, educating hundreds of thousands of Syrian refugees and funding community programmes to challenge agendas of armed groups.

"Our position on countering terrorism is stronger than many of the signatories of the joint statement - a fact that has been conveniently ignored by the authors," the government said