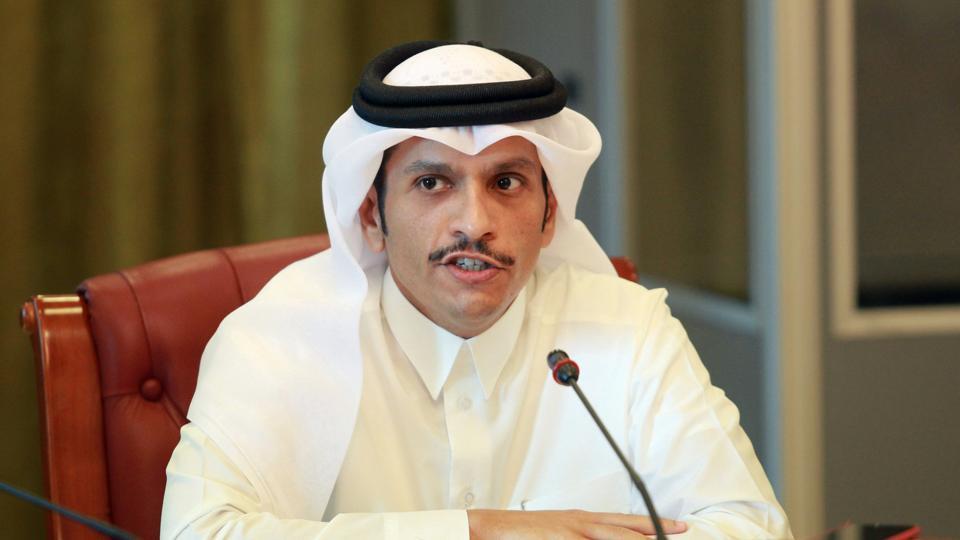 Qatar's foreign minister has said his country's priority is to address the humanitarian consequences of a land, air and sea blockade imposed against Doha by Saudi Arabia, Bahrain and the United Arab Emirates (UAE) amid a major diplomatic rift.

Sheikh Mohammed bin Abdulrahman Al Thani told Al Jazeera on Monday that Qatar and the United States were in touch with Kuwait, the main mediator between the members of the Gulf Cooperation Council (GCC), "to calm the situation".

"Our top priority in Qatar is to end this unlawful blockade imposed against us," he said from the UK capital, London

"Also to address the humanitarian issues caused by those arbitrary measures. Then engage in a dialogue and discuss the baseless accusations darted at Qatar."

But he said there was no foundation for dialogue just yet.

"Qatar is of the opinion that dialogue is the best answer to this crisis, however, such dialogue must be based on clear foundations, which are not yet made available until now," Qatar's top diplomat said.

The three Arab Gulf countries also ordered Qatari nationals to leave within 14 days, while Saudi, UAE and Bahraini citizens were also given the same timeframe to leave Qatar.

As a result, hundreds of mixed-citizenship Qatari couples are facing the grim prospect of being split from their families.

Amnesty International criticised the move, accusing the Gulf states of toying with the lives of thousands of people in their dispute with their neighbour.

The sanctions have also disrupted imports of food and other materials into Qatar and caused many foreign banks to scale back their business with the country.

Qatar's foreign minister is on a diplomatic tour to London and France's capital, Paris, to meet his British and French counterparts.

"[I am here] to explain the facts of the crisis in our region and the unlawful measures taken against Qatar," he said. "Also to convey our views to our friends here in the UK and then in France ... Qatar is reeling under a systematic smear campaign aiming at demonising Qatar."

He said the campaign was "built on false fabricated media reports".