May to meet Northern Irish kingmakers to avoid election 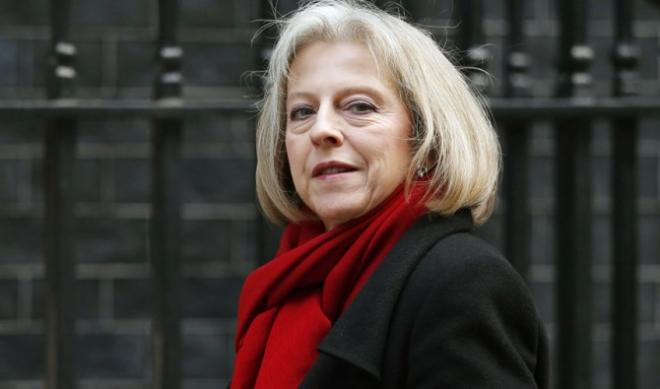 British Prime Minister Theresa May meets the leader of a small Northern Irish Protestant party on Tuesday in an attempt to save her premiership and avoid a second election that would thrust Brexit negotiations into turmoil.

May's botched election gamble cost her Conservative Party its majority in the 650-seat parliament last week, weakening her hand just days before talks with the European Union on a divorce that has to be agreed before an exit due in March 2019.

With her authority diminished, May won some time when she performed well on Monday in front of Conservative lawmakers who said they would help her remain in power, at least for now.

"She said 'I'm the person who got us into this mess and I'm the one who is going to get us out of it'," said one Conservative lawmaker who attended the meeting.

"She said she will serve us as long as we want her."

But to stay in government, May must strike a deal with a small eurosceptic Northern Irish party with 10 parliamentary seats, the Democratic Unionist Party (DUP).

May will meet DUP leader Arlene Foster in London on Tuesday but will face demands from the DUP for more money for Northern Ireland.

"We enter these talks in a positive fashion, we are first and foremost unionists and therefore we want to secure the union," Foster told Sky News.

"But we do want to do so in the national interest to give stability to the government and that's why we will be entering these negotiations," she said.

While a deal with the DUP would help May stay in power to open Brexit talks that are due to begin next week, it would also risk destabilizing the political balance in Northern Ireland by increasing the influence of pro-British unionists.

The unionists have struggled for years with Irish Catholic nationalists who want Northern Ireland to join a united Ireland.

While the DUP are deeply eurosceptic, they have balked at some of the practical implications of a so-call hard Brexit -- including a potential loss of a "frictionless border" with the Republic of Ireland -- and talks will touch on efforts to minimize the potential damage to Northern Ireland.

With formal EU divorce talks due next week, May heads to France on Tuesday, possibly to bask in the popularity of Emmanuel Macron, who last month swept to victory in a presidential contest.

British officials held "talks about talks" with the European Union's Brexit man in Brussels but actual negotiations, scheduled to start in a week's time, might be delayed by political upheaval in London.

May's spokesman said the prime minister, who in March set Britain on a two-year countdown to leaving the EU that included a clean break with the bloc's single market and customs union, was not changing her position on what she wants from Brussels.